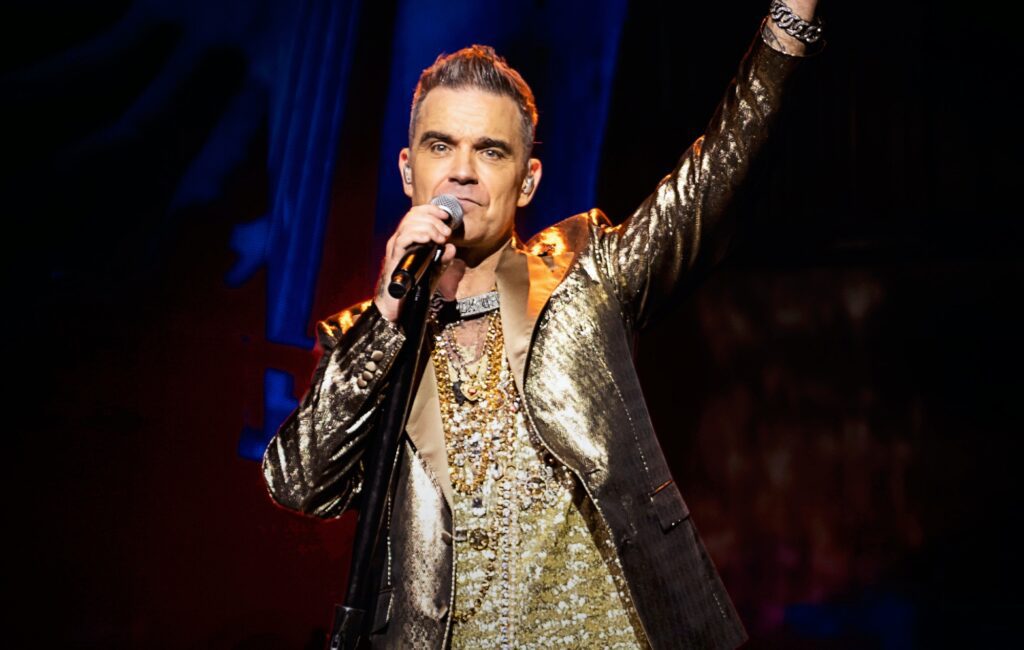 Robbie Williams claims that he has been forced to remove “four asshole villains” from his forthcoming biopic Better Man.

The film is being helmed by The Greatest Showman director Michael Gracey and will tell the story of Williams’ rise to global fame.

A scene was filmed for the movie during Williams’ double header at London’s Royal Albert Hall last week.

The scene in question will depict Williams’ 2001 concert at the same venue, which was later released as a concert film titled Live At The Albert.

In a bid to recreate the look of that show, the dress code for the Albert Hall dates was strictly black tie. The original 2001 performance came as part of Williams’ ‘Swing When You’re Winning’ era.

Speaking during one of the shows, he said via The Stoke Sentinel: “It is a bitch to put a film together. You tell all these stories and then legally you have to pass them to see if lots of people will sue you. So I sent the script off to lots of people to see if they would sue me – and it turns out they would.”

Filming for the project also took place in Melbourne, Australia earlier this year.

Meanwhile, Williams was recently announced as one of the headliners at next year’s Isle Of Wight Festival alongside Pulp, George Ezra and The Chemical Brothers.