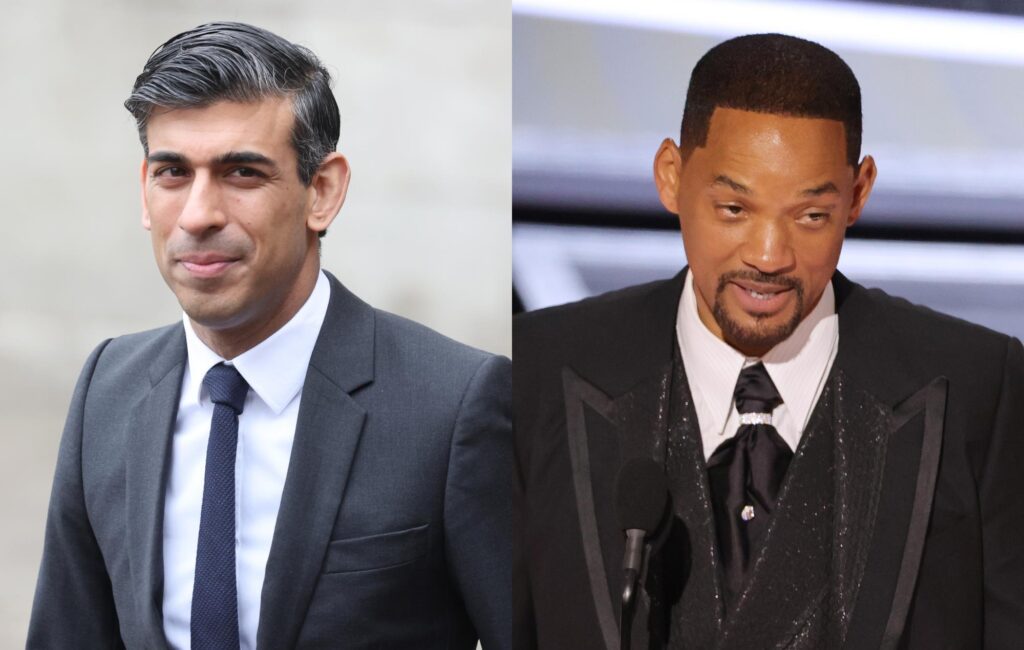 Rishi Sunak has said that it’s “very upsetting” that his wife has faced criticism over shares that she owns in a company operating in Russia, as he compared himself to Will Smith.

The Chancellor of the Exchequer suggested in a new interview that he can relate to Smith, who assaulted Chris Rock at the Oscars for a joke made about his wife, Jada Pinkett Smith, because he has felt similar defensive emotions recently.

Labour said last week that Sunak has “very serious questions to answer” over his wife Akshata Murty’s shares in Infosys, a firm co-founded by her father that operates in Russia.

Sunak has said that he has “nothing to do” with the firm. He previously encouraged UK companies to cut ties with Russia to punish Vladimir Putin for his invasion of Ukraine.

Sunak told the BBC’s Newscast podcast: “I think it’s totally fine for people to take shots at me. It’s fair game. I’m the one sitting here and that’s what I signed up for.”

But he added: “It’s very upsetting and, I think, wrong for people to try and come at my wife, and you know, beyond that actually, with regard to my father-in-law, for whom I have nothing but enormous pride and admiration for everything that he’s achieved.

“And no amount of attempted smearing is going to make me change that because he’s wonderful and has achieved a huge amount.”

Sunak then mentioned England cricket captain Joe Root, whose team lost a Test series to the West Indies at the weekend, and Smith. “Someone said, ‘Joe Root, Will Smith, and me – not the best of weekends for any of us.’

“But I feel, on reflection, both Will Smith and me having our wives attacked – at least I didn’t get up and slap anybody, which is good.”

Infosys has said that it has kept what it calls is a “small team of employees based out of Russia” following the country waging war against Ukraine in February.

The Liberal Democrats have also said that Sunak has questions to answer about whether his family benefits from the Infosys shareholding at a time when he is calling for UK businesses to divest from Russia.

Meanwhile, Spanish director Pedro Almodóvar has taken issue with Smith’s references to “the devil” in his Oscars Best Actor win address, saying that “it was a fundamentalist speech that we should neither hear nor see”.