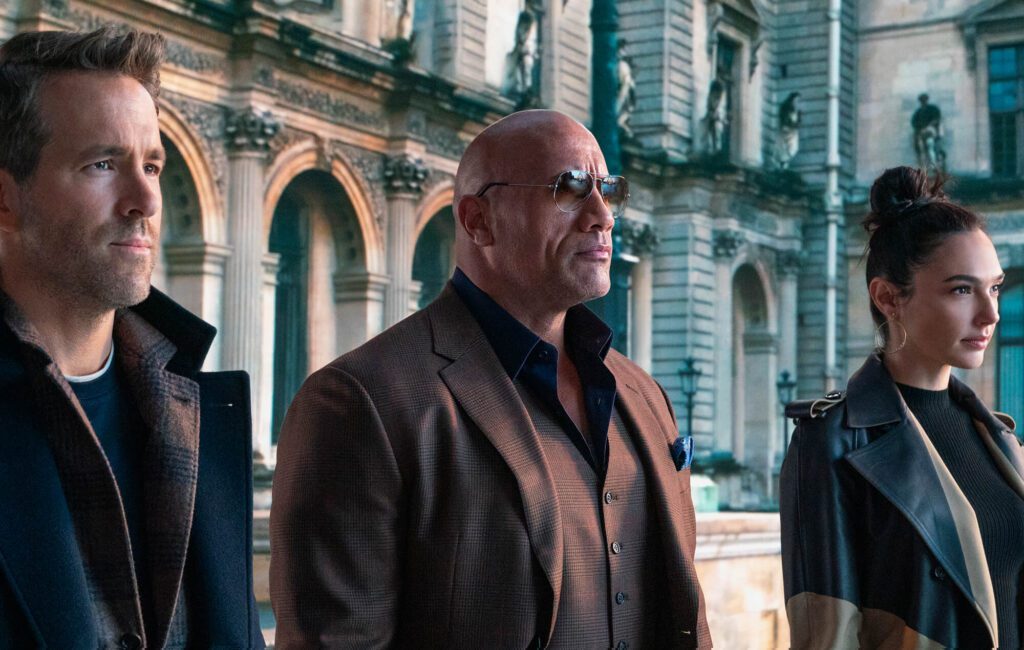 Red Notice has broken a Netflix record, becoming the most-watched film ever on the streaming service in its opening day, according to its three main stars.

The film, which stars Ryan Reynolds, Gal Gadot and Dwayne ‘The Rock’ Johnson, was released on the service on Friday (November 12).

“WOW #RedNotice is Netflix biggest ever opening day for a film,” Reynolds wrote on Instagram to toast the record-breaking achievement. Congrats to this whole team!

The Rock also joined in the celebrations, sharing a video message to Instagram and writing: “It’s OFFICIAL as the numbers are coming in from 190 territories around the world.

“RED NOTICE has become THE BIGGEST OPENING EVER ~ for ANY MOVIE IN THE HISTORY OF NETFLIX!”

Gadot added: “This is amazing!!!! What can I say, you guys are the best and the reason why we make these films. So grateful and excited!!! Congratulations Netflix and to the entire @rednotice.movie team.”

Reviewing Red Notice, NME wrote: “Writer-director Rawson Marshall Thurber (Dodgeball) is clearly still in love with the movies of his youth, and he manages to fit practically all of them into one script.

“A late act pop-star cameo is completely unnecessary, but so is everything else in Red Notice – and that’s sort of the whole point. Filled with an excess of everything (including, weirdly, Paul Hollywood), and clearly terrified of taking even the smallest of risks, it’s a $200million blockbuster buffet aimed at anyone and everyone.”

The pop star cameo mentioned in the review comes from Ed Sheeran, which follows the singer’s previous cameos in the likes of Game Of Thrones, 2019 Danny Boyle film Yesterday and Star Wars: The Rise Of Skywalker.