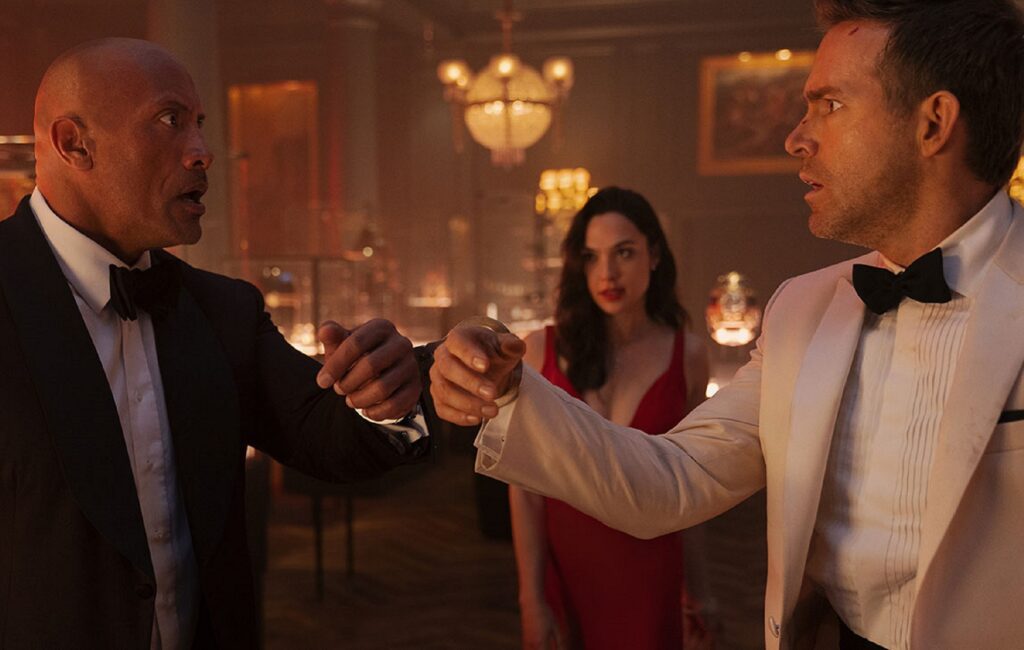 Red Notice is primed to take the crown of Netflix‘s most-watched film ever, according to official figures.

The streaming platform has revealed that the Dwayne Johnson, Gal Gadot and Ryan Reynolds-starring film has now clocked up 277.9million hours of combined views two weeks after its release.

It puts the action comedy just behind 2018 thriller Bird Box, which currently has 282million hours of viewing, and well ahead of third-placed movie Extraction, which has 231million.

Red Notice had already broken one Netflix record, scoring the biggest ever opening day for a film released on the site.

“WOW #RedNotice is Netflix biggest ever opening day for a film,” Reynolds wrote on Instagram to toast the record-breaking achievement. Congrats to this whole team!”

Squid Game remains far-and-away the most-watched TV series on the platform, with 1.6billion hours of viewing – more than double its closest competitor Bridgerton.

However, Netflix’s original K-drama series Hellbound was the most-watched show of last week, racking up a total of over 43million hours viewed in its first three days of release.

Meanwhile, Reynolds made an attempt to sell a prop from Red Notice on Antiques Roadshow.

He appeared on the longstanding show in a skit with host Lark Mason. During his time on screen he attempted to flog what he referred to as a “Cleopatra egg.”