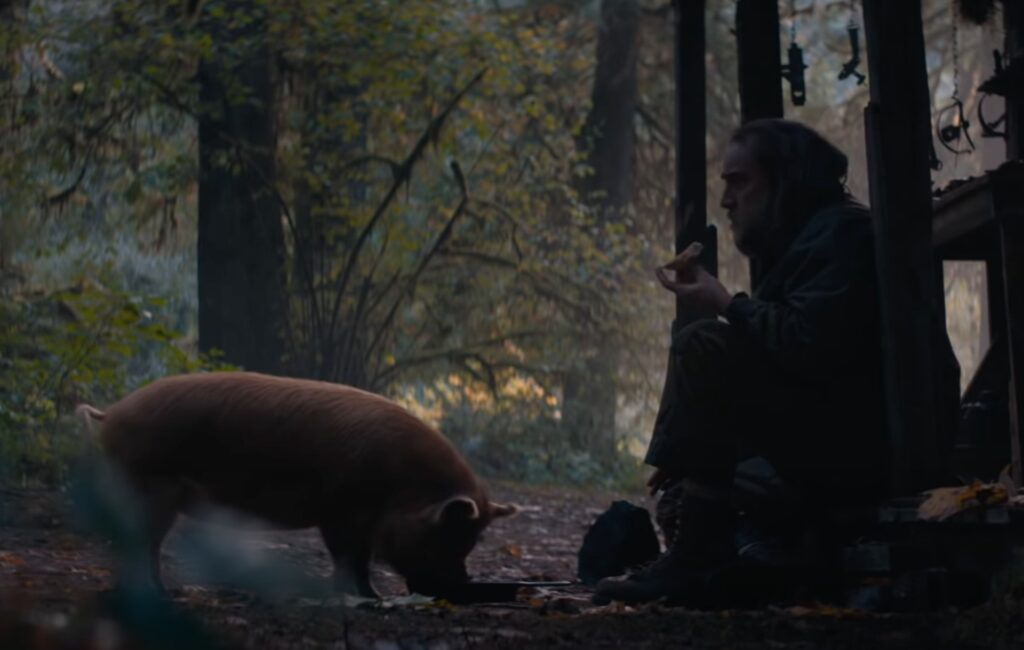 Nicolas Cage’s upcoming new film will see the Oscar-winner go on the hunt for a stolen pig – you can watch the trailer below.

Pig follows a truffle hunter (Cage) who lives alone in the Oregonian wilderness but must return to his past in Portland in search of his beloved foraging pig after she is kidnapped.

Scheduled for release in the US on July 16, you can watch the trailer for Pig below:

Earlier this year, Adam Wingard revealed that he’s trying to reunite John Travolta and Nicolas Cage for a sequel to the 1997 action flick Face/Off.

The Godzilla vs. Kong director director is helming a follow up to John Woo’s blockbuster and he hopes that Travolta and Cage will reprise their roles as FBI agent Sean Archer and terrorist Castor Troy respectively.

Meanwhile, Amazon has reportedly picked up a new Joe Exotic drama, with Nicolas Cage starring as the notorious subject of Tiger King.

Cage was originally attached to the project in May when it was being developed by CBS TV Studios and Imagine TV, but Amazon Studios is now developing the series, as Variety reports.

Instead of taking direct inspiration from the Netflix show, the drama is instead based on the Texas Monthly article ‘Joe Exotic: A Dark Journey Into the World of a Man Gone Wild’ by Leif Reigstad.