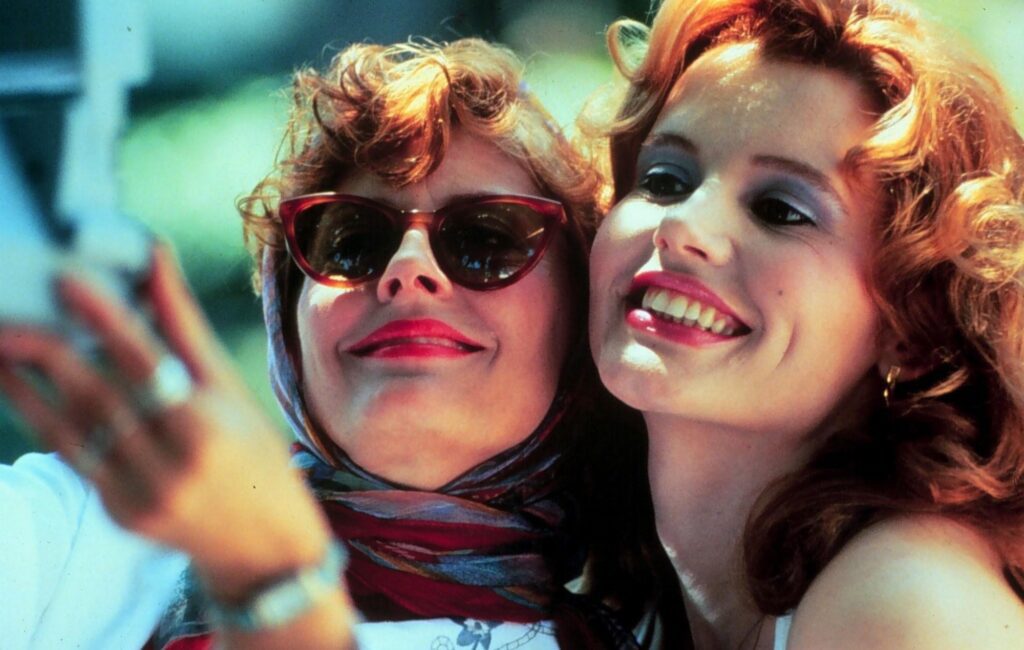 Thelma & Louise stars Geena Davis and Susan Sarandon have recalled the backlash the crime drama received from male critics upon its release.

The 1991 film sees Davis play Thelma, a meek housewife whose friend Louise (Sarandon) convinces her to come on an impulsive road trip. But on the road, a series of unfortunate circumstances soon get them in trouble with the law.

Directed by Ridley Scott, the film challenged traditional notions of femininity and was praised as a step forward for women empowerment in Hollywood.

On Friday (June 18), Davis and Sarandon attended a special screening in Los Angeles to mark the film’s 30th anniversary. During a Q&A session, the pair considered the film’s impact.

When Thelma & Louise was release, the media predicted there were “going to be so many movies starring women, about women, female road pictures, whatever”, Davis said in the session (via Hollywood Reporter).

“I’m thinking, hot dog, let’s sit back and wait for all this magic change to happen. We’re still waiting. It really did not happen. It seems like every five years or so, there’s another movie starring women that’s a huge hit and people say, ‘Well now certainly everything is going to change,’ and it really hasn’t.”


The film, which also stars Harvey Keitel, Michael Madsen, and Brad Pitt in a breakout role, wound up being a critical and commercial success, winning Best Original Screenplay at the Academy Awards, where it received six nominations.

Regardless of its success, some male critics took exception to the depiction of violence against men in the film

“I completely underestimated that we were backing into territory held by white heterosexual males,” Sarandon said at Friday’s event. “They got offended and accused us of glorifying murder and suicide and all kinds of things.
“It didn’t seem like a big deal, it seemed like it was unusual that there would be a woman that you could be friends with in a film.”
The backlash was worth it, according to Davis, not least because of how the film inspired women.
“The reaction from women was so strong and nothing I’d ever seen before. It made me realise how few opportunities we have for women to come out [of] a movie feeling empowered by the female character,” Davis said (via Variety).
“It made me think, ‘well, I’m really going to think about what are the women in the audience going to think about my character from now on.’”
Meanwhile, Gabrielle Union recently backed calls for a black female-focused sequel to the Geena Davis-starring baseball movie A League Of Their Own.
Share: