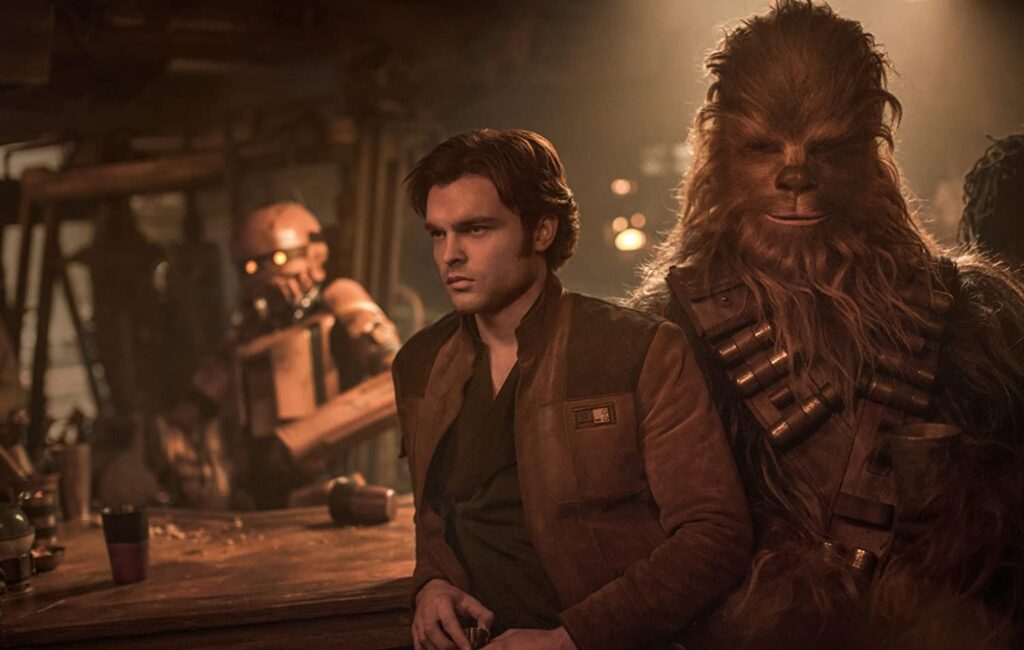 Star Wars fans are campaigning for a sequel to 2018’s Han Solo spin-off Solo: A Star Wars Story on the anniversary of its US release.

Solo was considered a box office flop, and was the first Star Wars film to ever make a loss within its second week. It missed its projected North American opening targets by about $30 million (£25m).

Nevertheless, the film received reasonable reviews and holds a 70 percent rating on review aggregation site Rotten Tomatoes. That site’s critical consensus describes it as “A flawed yet fun and fast-paced spaced adventure [that] should satisfy newcomers to the saga as well as longtime fans who check their expectations at the theatre door.”

Two years on, fans are now arguing the film deserves more praise, and are campaigning for a sequel with the hashtag #MakeSolo2Happen.

A sequel would make a fine addition to my collection. #MakeSolo2Happen pic.twitter.com/grC5OZsY0A

Solo: A Star Wars Story has some of the best space sequences in all of Star Wars. I need more of these. #MakeSolo2Happen pic.twitter.com/7o1A3TGESz

Han and Chewie's first meeting in #SOLOAStarWarsStory is just beautifully done…… We need more media with these characters for sure, that's why the #MakeSOLO2Happen movement is so important pic.twitter.com/jJFs1nqdqs

Solo is such an underrated movie. We need a sequel.#MakeSolo2Happen pic.twitter.com/hrglsglcp9

A number of people Tweeting with the hashtag said they wanted to see more of Qi’ra, the new character played by Emilia Clarke. She starred alongside Aaron Ehrenreich as a young Han Solo, and Donald Glover as a young Lando Calrissian.

We need to see more of Qi’ra and Crimson Dawn #MakeSolo2Happen pic.twitter.com/DuZKC2qEJt

The #MakeSolo2Happen campaign was originated by podcasters The Resistance Broadcast last year on the film’s first anniversary.

Although some fans are hopeful that the recent launch of Disney+ would allow a sequel or spin-off series, so far there appear to be no plans to make a Solo sequel a reality.

In March, the film’s writer Jon Kasdan said on Twitter that he thought a sequel would be a “tough sell” and was unlikely to happen.