Madonna says writing her biopic is a “draining and challenging experience” 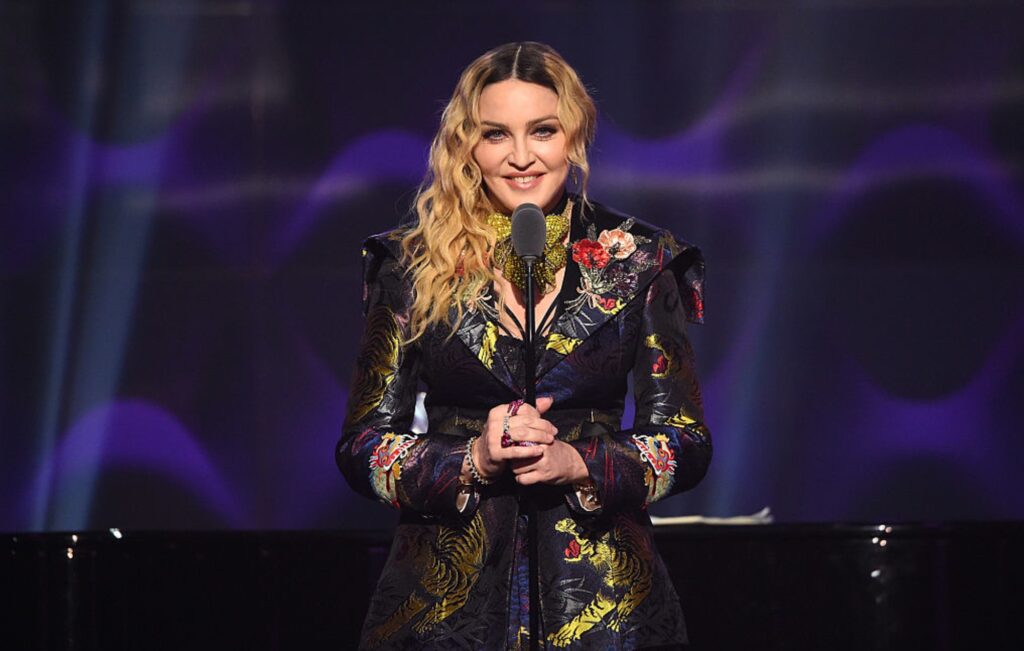 Madonna has described the process of working on her upcoming biopic as “the most draining, challenging experience” of her life.

The Queen of Pop revealed last September that she would be bringing her lengthy career to the big screen. Universal Pictures is developing the project, with Academy Award-winning writer/producer Diablo Cody (Juno) on co-writing duties.

During a new ‘Musicians On Musicians’ interview with Rolling Stone (published today, October 12), Madonna was asked by Maluma how it was to “relive” her past through the movie.

“Writing my script is the most draining, challenging experience I’ve ever had,” the singer responded. “It’s kind of like psychotherapy in a way, because I have to remember every detail from my childhood till now.”

Madonna continued: “Remembering all the things that made me decide to be who I am, my journey as an artist, my decision to leave Michigan to go to New York, all the things that happened to me when I was young and naive, my relationships with my family and friends, watching many of my friends die — sometimes, I have writing sessions where I go to bed and I just want to cry. You know what I mean?

“The thing is, I realise I forgot a lot of things, and reliving, digging deep, trying to recall emotions that I felt in certain moments, both joyful and traumatic experiences … I realise I’ve lived a crazy life.”

Maluma suggested that Madonna’s past must have been “beautiful at the same time”, to which the star replied: “Beautiful, obviously. But I would find myself at night, lying there in bed, thinking, ‘My God, did that really happen to me? Did I really know that person?’”

Madonna shared a behind-the-scenes look at the process of writing the forthcoming film shortly before the project was officially announced last year. An hour-long Instagram Live broadcast saw Madge and Cody talk about where they were at with the movie at that time.

The ‘Madame X’ musician said it detailed her “struggle as an artist trying to survive in a man’s world”, covering a journey she called “happy, sad, mad, crazy, good, bad and ugly”.

Last week saw Madonna describe the project as a “visual autobiography”, saying:  “Don’t call it a biopic.” She added: “The reason I’m doing it is a bunch of people have tried to write movies about me, but they’re always men.”

Meanwhile, Madonna hosted a secret ‘Madame X’ gig in New York last Friday night (October 8) and ended it by taking the show to the streets of Harlem.