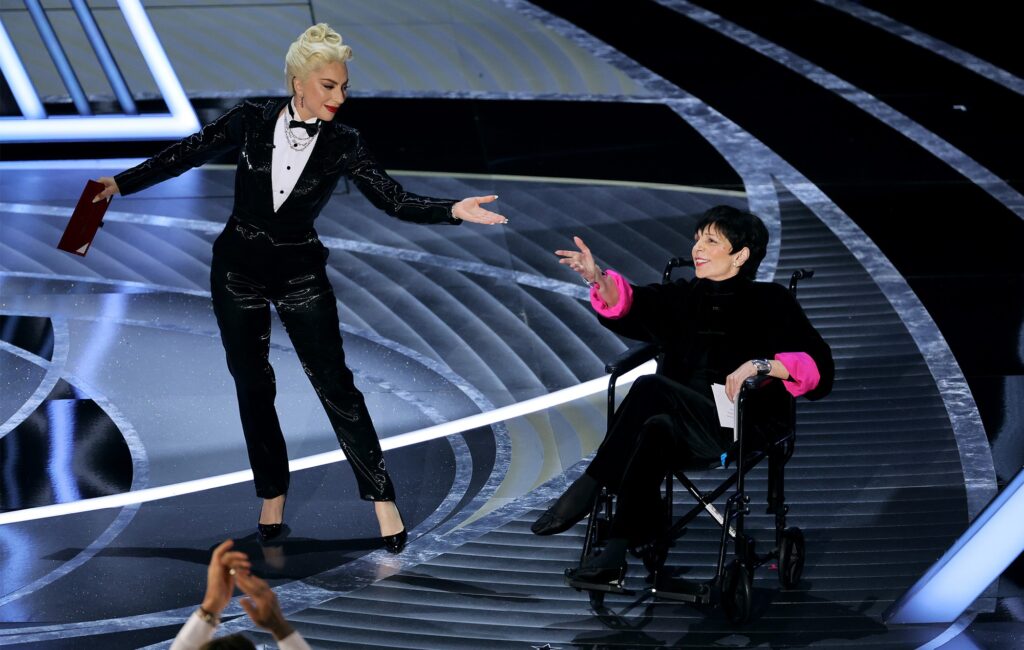 Liza Minnelli was reportedly “forced” to appear in a wheelchair at the Oscars, a friend of the star has claimed.

Singer and pianist Michael Feinstein spoke on SiriusXM‘s The Jess Cagle Show (per The Guardian), saying Minelli was left feeling “very disappointed” about her appearance at the Oscars alongside Lady Gaga.

“She was sabotaged,” Feinstein said on Tuesday (April 19). “That’s a terrible word to use, but she only agreed to appear on the Oscars if she would be in a director’s chair, because she’s been having back trouble.

Minelli and Lady Gaga presented the award for Best Picture, which went to Sian Heder’s CODA. The plans for Minelli’s appearance changed at the last minute according to Feinstein, with Minelli arriving in a wheelchair as opposed to a director’s chair as she had requested.

“She was nervous,” said Feinstein, “and it made her look like she was out of it. Can you imagine being suddenly forced to be seen by millions of people the way you don’t want to be seen? That’s what happened to her.”

Meanwhile, host Amy Schumer recently said she received death threats while making a joke about Kirsten Dunst at the Oscars.

“They were so bad the secret service reached out to me,” Schumer said. “I was like, ‘I think you have the wrong number. It’s Amy, not Will [Smith].’ The misogyny is unbelievable.”