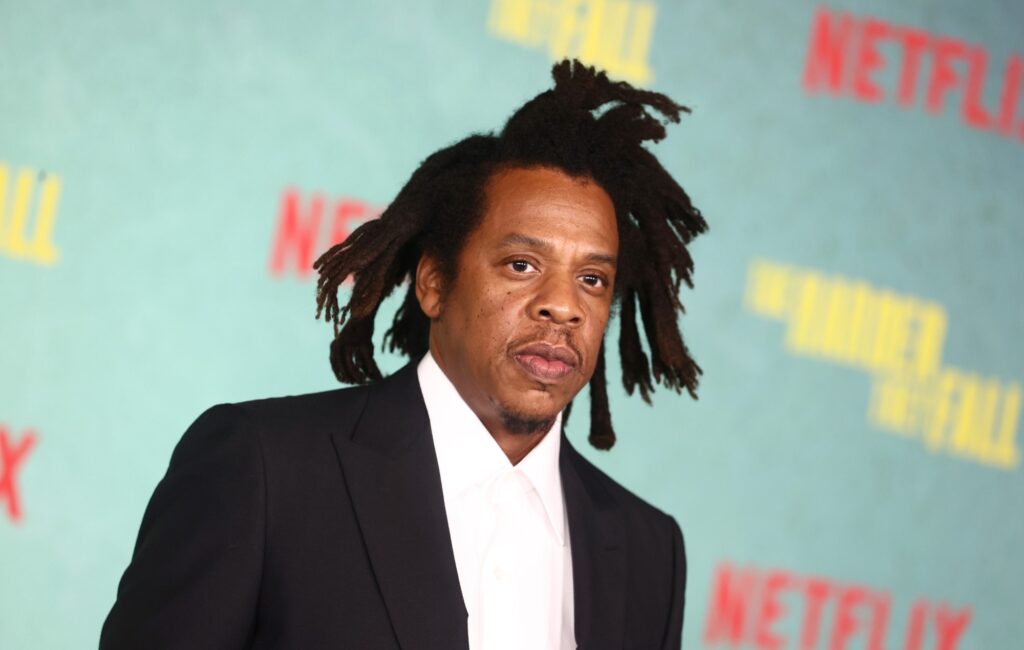 Jay-Z has shared two brand new songs as part of the soundtrack to the forthcoming Netflix film The Harder They Fall.

The soundtrack, out today (October 29), was executive produced by Jay-Z and sees the rapper appear on two separate tracks: ‘Guns Go Bang’ alongside Kid Cudi, which was teased last month, and ‘King Kong Riddim’ with Jadakiss, Conway The Machine and BackRoad Gee.

Other notable artists on the soundtrack include CeeLo Green, Seal, Koffee with ‘The Harder They Fall’, co-written by Jay-Z, as well as Lauryn Hill and Fatoumata Diawara linking up on new cut ‘Black Woman’.

Listen to the soundtrack for The Harder They Fall soundtrack, including ‘Guns Go Bang’ and ‘King Kong Riddim’, below.

The soundtrack sees the first shared track between Jay-Z and Kid Cudi since ‘Already Home’, a track off of Jay-Z’s 2009 album ‘The Blueprint III’. Both rappers also recently featured on Kanye West’s ‘Donda’ and Drake’s ‘Certified Lover Boy’.

The Harder They Fall, directed by Jeymes Samuel and co-produced by Jay-Z, is set to hit Netflix on November 3. The Western film, which opened this year’s London Film Festival, stars Idris Elba, Lakeith Stanfield, Regina King, Jonathan Majors and Zazie Beetz, the latter two also appear on the film’s soundtrack.

In the film, Majors stars as Nat Love, an outlaw who rallies his gang to track down his enemy, escaped convicted Rufus Buck, played by Elba.