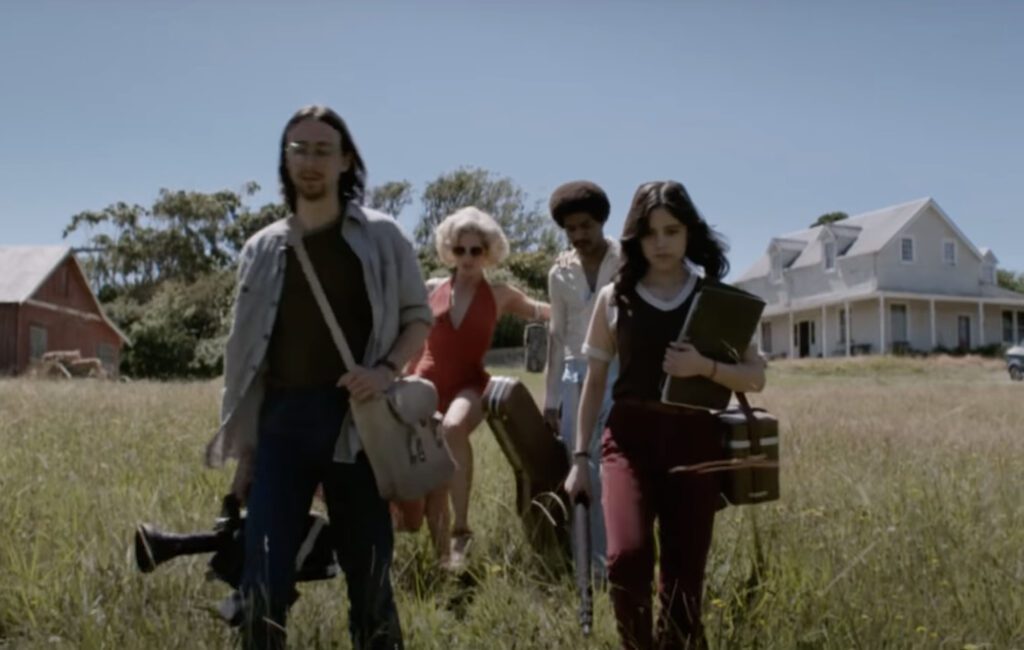 Kid Cudi stars in new A24 horror film X – check out the trailer for Ti West’s new film below.

X was written and directed by West, who also made The House of the Devil, V/H/S and the Inkeepers. Watch the new trailer here:

An official synopsis for X reads: “In 1979, a group of young filmmakers set out to make an adult film in rural Texas, but when their reclusive, elderly hosts catch them in the act, the cast soon find themselves in a desperate fight for their lives.”

Indie studio A24 has previously released acclaimed horror films including Hereditary, The Witch and Midsommar. Later this year, they will also be releasing Bodies, Bodies, Bodies.

The film was previously described as a “secret slasher” and is set to star Borat 2 star Maria Bakalova and The Hate U Give star Amandla Stenberg, alongside Rachel Sennott and Pete Davidson.

While performing as part of the California leg of the Rolling Loud festival for 2021, the rapper delivered a yet-to-be-released song titled ‘Freshie’. Elsewhere in the set, Cudi explained why he was teasing unreleased music during his set.

“As you know, I have ‘Entergalactic’ coming in the summer,” Cudi said – referencing his long-teased album, first hinted at back in 2019.

“I wanna drop another album before that. I got some tasty surprises and I really am excited about all this new shit; this new music to give to you guys. That’s why I’m teasing this shit now, because it’s coming out soon. Tonight, record this shit.”