'Jurassic World: Dominion' is the "best yet", says Sam Neill 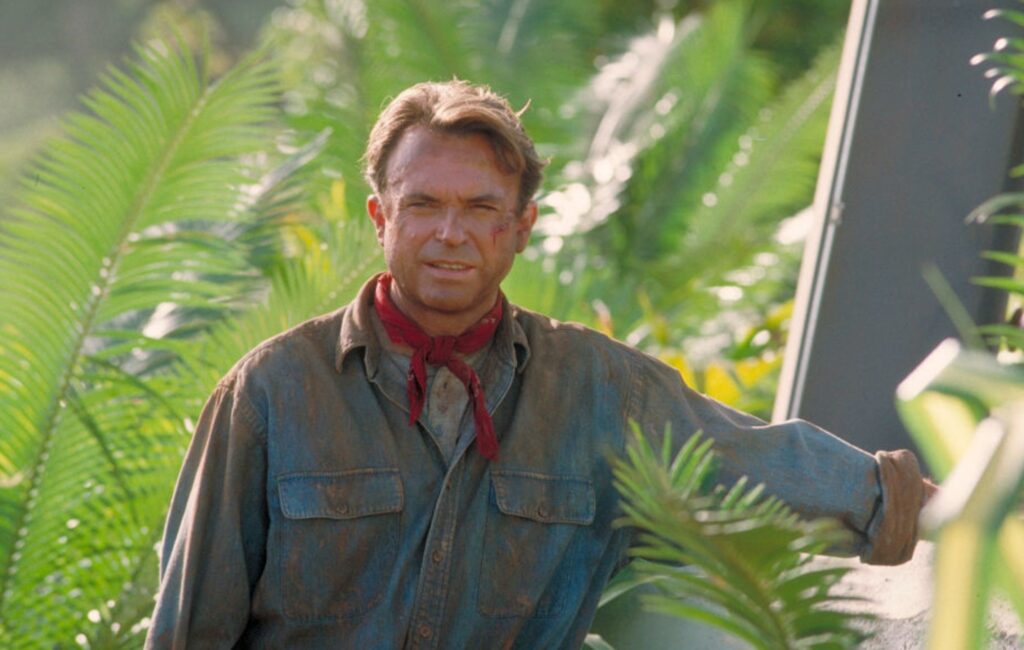 Sam Neill has said that the upcoming Jurassic World: Dominion film will be the “best yet.”

Neill, who is reprising his role as palaeontologist Dr Alan Grant in the third outing of the Jurassic World series, began filming on the new project earlier this week. Work on the film was initially delayed following the coronavirus outbreak earlier this year.

Posting on Twitter on Sunday (August 2), Neill wrote: “Hold onto your hat. Getting’ my old one back this week, and facing off dinosaurs once again. Best yet.” He added: “Excited and terrified – these things will kill ya.”

Today (August 4), Neill also added a picture of his famous hat from the film. You can see the tweets below.

Hold onto your hats- gettin' my old one back on this week , and facing off dinosaurs once again. Best yet .Excited and terrified- these things will kill ya. With @LauraDern @BryceDHoward @prattprattpratt #JeffGoldblum @colintrevorrow I'm obviously a little more …grizzled now.. pic.twitter.com/zYtG5uadB2

Having played Dr Grant in the first Jurassic Park films, Neill will be joined in the latest film by his original co-stars, Jeff Goldblum (who starred as Dr Ian Malcolm in the original saga and appeared in the previous Jurassic World film) and Laura Dern, who will reprise her role as Ellie Sattler.

The third film in the reboot franchise was confirmed last year and will also see the return of cast members Chris Pratt, Bryce Dallas Howard and Daniella Pineda.

“They spare no expense and they’re bringing everybody back,” Pratt said on the red carpet for his new role in Pixar’s Onward. “It’ll be the biggest and best yet.”

“The script was awesome, it was so exhilarating reading it,” she told Collider. “My husband got to read it too. Colin was like, ‘Yeah, you and Seth can read it,’ and we were like, just the whole time, kinda flipping out.”