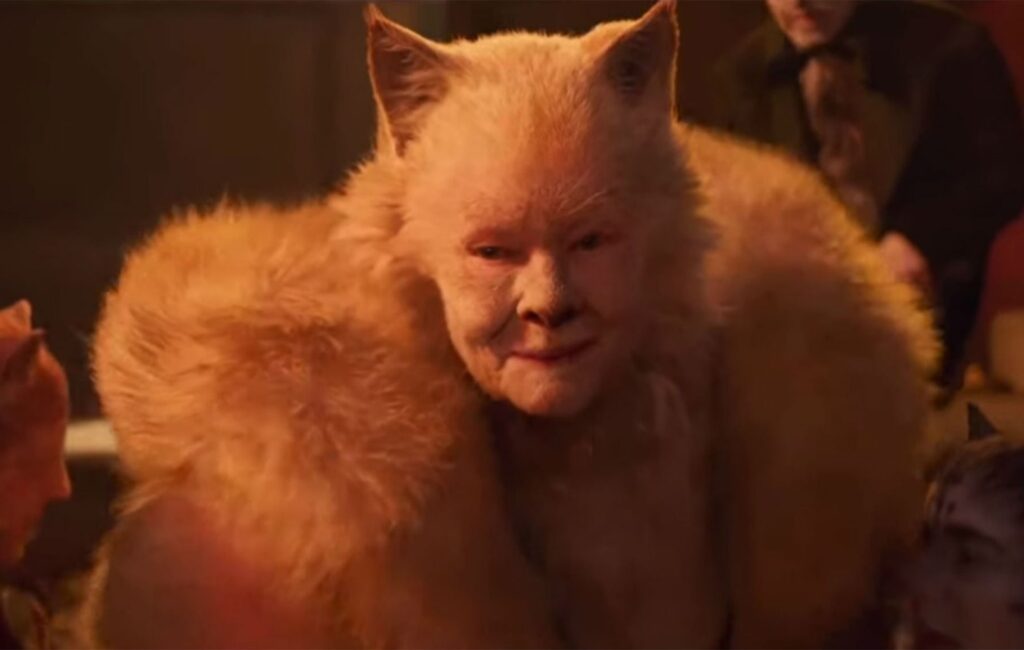 Dame Judi Dench has expressed her disappointment on the appearance of the character she plays in Tom Hooper’s Cats.

The actress played Old Deuteronomy in the live-action remake of Andrew Lloyd Webber’s musical, a character traditionally portrayed by a man.

In an interview with Vogue, Dench clarified she hadn’t seen the entire film, but was dissatisfied with the pictures she saw of herself in character. “The cloak I was made to wear!” she said. “Like five foxes fucking on my back.”

The actress had reportedly hoped to look elegant in the film, but described the end result as “a battered, mangy old cat”, adding:  “A great big orange bruiser. What’s that about?”

Cats earned mixed to negative reviews from critics and audiences alike, but Judi Dench mentioned one message of praise she received from a friend. “Ben Whishaw, who just doted on it. So sweet. So lovely,” she told Vogue.

Meanwhile, an anonymous source who worked on the film’s visual effects spoke of the difficult experience under Tom Hooper’s direction, calling production “almost slavery”.
“It was pure, almost slavery for us, how much work we put into it with no time, and everything was difficult,” the source said. “We were so rushed on the project that we’d have no time for anything. So when people say, ‘Oh, the effects were not good,’ or ‘The animation’s not good,’ or anything, that’s not our fault.”
In light of the ongoing coronavirus pandemic, Cats was released to stream online earlier than scheduled.
Share: