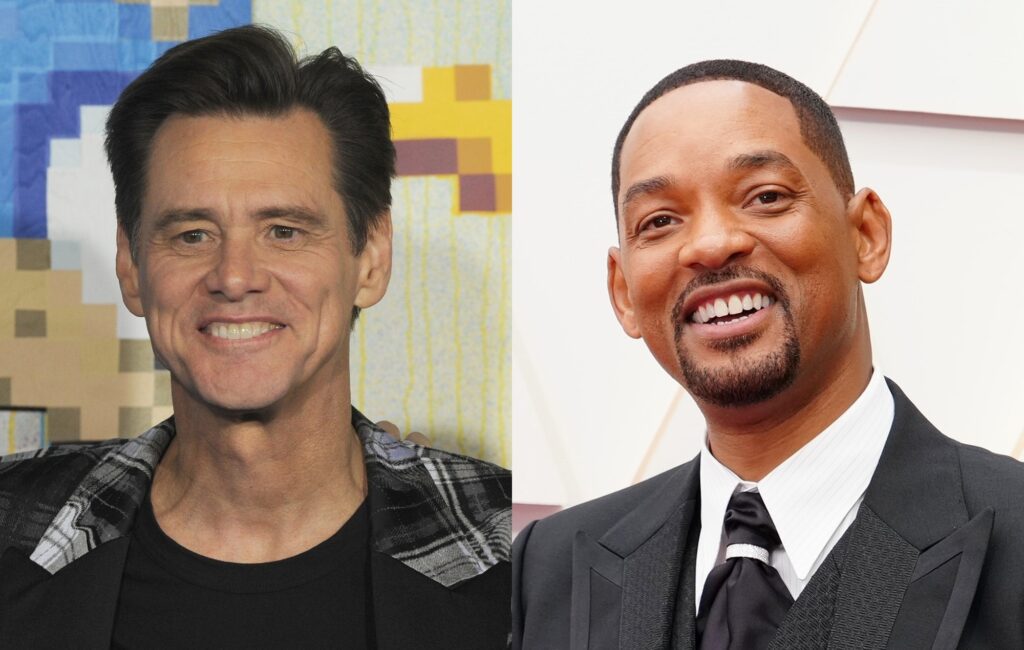 Jim Carrey has criticised the Oscars audience for applauding Will Smith following his altercation with Chris Rock.

At the Oscars ceremony on Sunday (March 27), Smith struck the comedian on-stage following a joke about his wife Jada Pinkett Smith’s shaved head. In 2018, Pinkett Smith revealed she has alopecia.

Later at the event, Smith received the award for Best Actor for his role in King Richard. After his emotional acceptance speech, where he apologised to the Academy and his fellow nominees, he was met with applause and a standing ovation.

Speaking to CBS on Tuesday (March 29), Carrey was critical of Smith and the Oscars audience for their response.

Responses to Will Smith slapping Chris Rock at the Oscars have been divided — but Jenna Wortham (@jennydeluxe) says most people don’t have the full story of the incident.

“It’s something of a magnitude that I don’t think can be worked out on a public stage,” she says. pic.twitter.com/5qXIq30Y1F

“I was sickened,” Carrey said. “I was sickened by the standing ovation. I felt like Hollywood is just spineless en masse. It really felt like this is a clear indication that we’re not the cool club anymore.”

Asked about Rock’s refusal to press charges against Smith, Carrey said: “He doesn’t want the hassle. I would have announced this morning that I was suing Will for $200million because that video is going to be there forever. It’s going to be ubiquitous. That insult is going to last a very long time.

“If you want to yell from the audience in disapproval or say something on Twitter or whatever [that’s fine], you do not have the right to walk up on-stage and smack somebody in the face because they said words.”

He added: “[The slap] came out of nowhere because Will has something going on inside him that’s frustrated. I wish him the best. I have nothing against Will Smith. He’s done great things, but that was not a good moment. It cast a shadow over everyone’s shining moment last night.”

Following the ceremony, Smith released a statement apologising to Rock. “I would like to publicly apologise to you, Chris,” the statement read. “I was out of line and I was wrong. I am embarrassed and my actions were not indicative of the man I want to be.”

The Academy has launched a formal review into the incident to “explore further action and consequences in accordance with our Bylaws, Standards of Conduct and California law”.