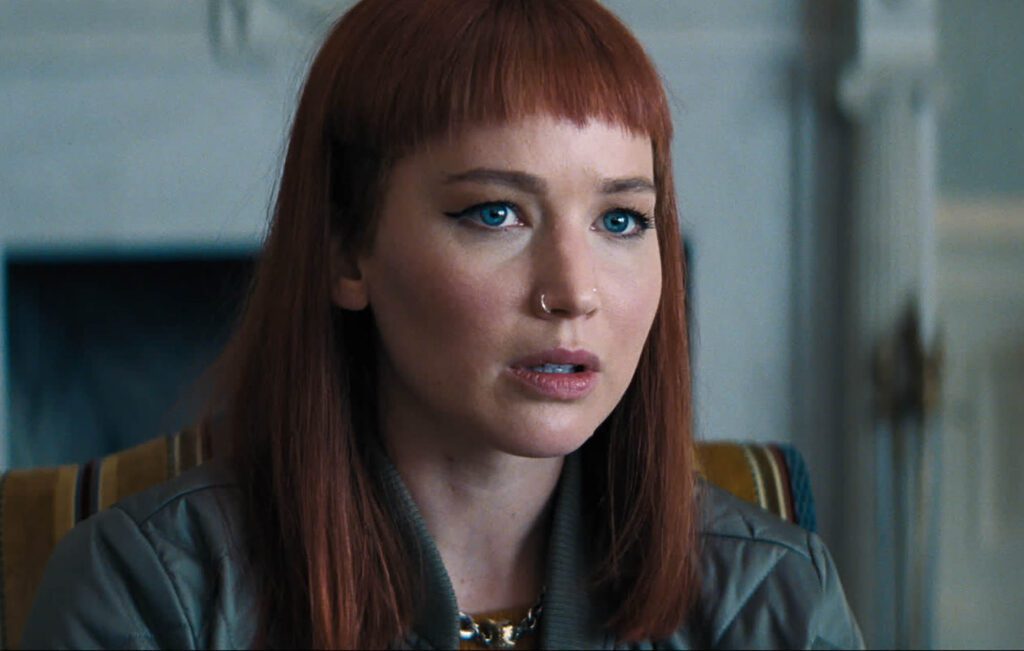 Jennifer Lawrence has revealed she got high on the set of Don’t Look Up in order to play a stoner.

Discussing the film during a Q&A in Los Angeles (per Yahoo! Movies), McKay began explaining how Lawrence immersed herself into her character, before the actor said: “I know what you’re going to say, and I wasn’t pregnant [at the time].”

The director then agreed, “You were not pregnant,” before saying, “Can I say this?”. Lawrence replied: “I think so, just nobody tell my mother-in-law.”

McKay then said that Lawrence had asked permission to smoke a joint before filming a scene alongside Meryl Streep that featured no lines of dialogue. “Because my character was getting high in the movie,” Lawrence then interjected.

He went on: “I kept turning to my script supervisor, Cate Hardman, and was like, ‘I just want to say, “Hey Jen. I think I have a monologue idea for you.”’ And I would look at Jen and was like, ‘I can’t do it. It would be too mean.’ So I left you alone.”

“I was a real target,” Lawrence replied. “Everyone was fucking with me… I guess because I was high. Easy to fuck with.”

The film will premiere worldwide on Netflix on December 24.