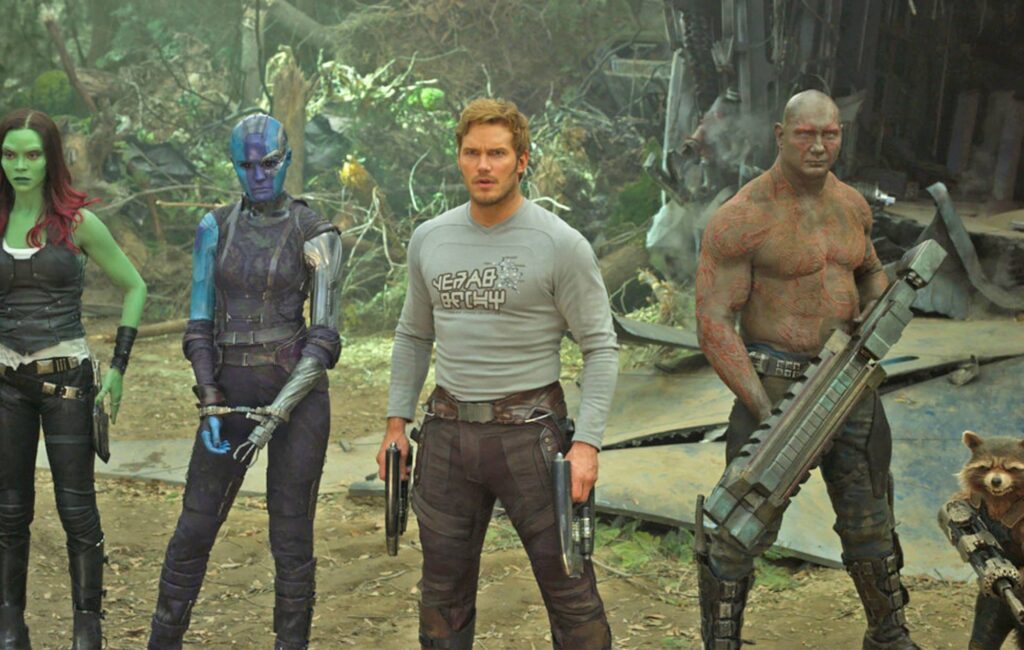 Filming on Marvel’s Guardians Of The Galaxy Vol. 3 has officially begun, director James Gunn has announced.

Gunn, who helmed the first two films in the Guardians Of The Galaxy trilogy, shared an on-set picture on Monday (November 8) from the first day of shooting the third entry.

Along with veterans Dave Bautista, Pom Klementieff, Sean Gunn, Chris Pratt, Karen Gillan and Zoe Saldana, the photo shows newcomers Will Poulter, who is set to play Adam Warlock, and Chukwudi Iwuji in an unannounced role.

“It’s been a strange & long & at times challenging journey to get here, but the obstacles along the way have only made this moment more blissful,” Gunn wrote. “Back on set with my Guardians family for the first day of shooting #gotgvol3.”

It’s been a strange & long & at times challenging journey to get here, but the obstacles along the way have only made this moment more blissful. Back on set with my Guardians family for the first day of shooting #gotgvol3 pic.twitter.com/DrF8ZV8bvz

Posting the same photo on Instagram, Pratt, who plays Star-Lord, teased: “Day 1 in the can. Honestly could not have started off better. Hit the ground running with a delicate, emotional, funny, wild, complicated scene and everyone absolutely killed.

“So grateful to be puppeteered by my friend and brother the mad genius @jamesgunn Oh My God I promise you… this movie will be worth the wait.”

Gunn said he gave Iwuji “the role most every big name actor in Hollywood wanted” after working with on DC series Peacemaker, a spin-off from this year’s The Suicide Squad.

Back in July 2018, Gunn was removed from directing the third instalment after conservative pundits resurfaced controversial historic tweets stemming back to 2008. He was subsequently hired by Warner Bros. to direct The Suicide Squad, before he was reinstated as director on Guardians Of The Galaxy Vol. 3 in March 2019.

Speaking earlier this year to Entertainment Weekly, Gunn said: “For Guardians 3, the script has basically been written for a long time. I’ve been playing with it in little ways over the years, but it’s basically stayed the same since three years ago.

“It’s pretty heavy actually. It’s a heavier story, so it’s an emotional process to go through.”