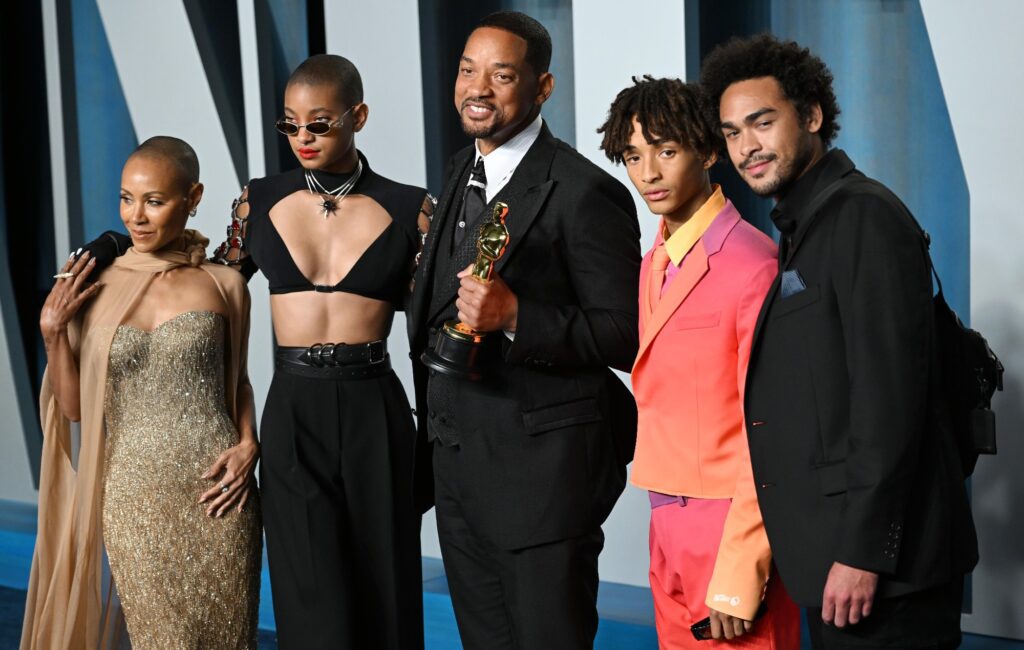 Jaden Smith appears to have responded after father Will Smith‘s altercation at the Oscars.

Last night’s (March 27) Academy Awards saw comedian Chris Rock make a “joke” about Smith’s wife Jada Pinkett Smith being bald – Pinkett Smith has alopecia and has been open about suffering from the condition.

Following the comments, Smith proceeded to get on stage and take a swing at Rock, before returning to his seat and shouting: “Keep my wife’s name out of your fucking mouth.”

Taking to his Twitter account shortly after the incident, Jaden Smith wrote: “And That’s How We Do It”.

And That’s How We Do It

In a since-deleted post, he also shared a selfie, and said: “My Dads Speech Made Me Cry”.

Smith later won Best Actor in a Leading Role for King Richard, and apologised in his speech “to the Academy” and his “fellow nominees”, adding: “Art imitates life. I look like the crazy father, just like they said about Richard Williams.”

The LAPD has since confirmed that Rock had not pressed charges against Smith at present, saying in a statement: “LAPD investigative entities are aware of an incident between two individuals during the Academy Awards program.

Last night’s Oscars also saw Jessica Chastain named Best Actress for The Eyes Of Tammy Faye, who gave an emotional speech about suicide and discrimination, while CODA was named Best Picture. One of its stars, Troy Kotsur, became the first deaf male actor to win an Oscar, while Ariana DeBose also became the first queer woman of colour to win an Oscar after being named Best Actress in a Supporting Role for West Side Story.

Meanwhile, Mila Kunis praised the “resilience” of the Ukrainian people, while the show held a moment of silence to show support for Ukraine.