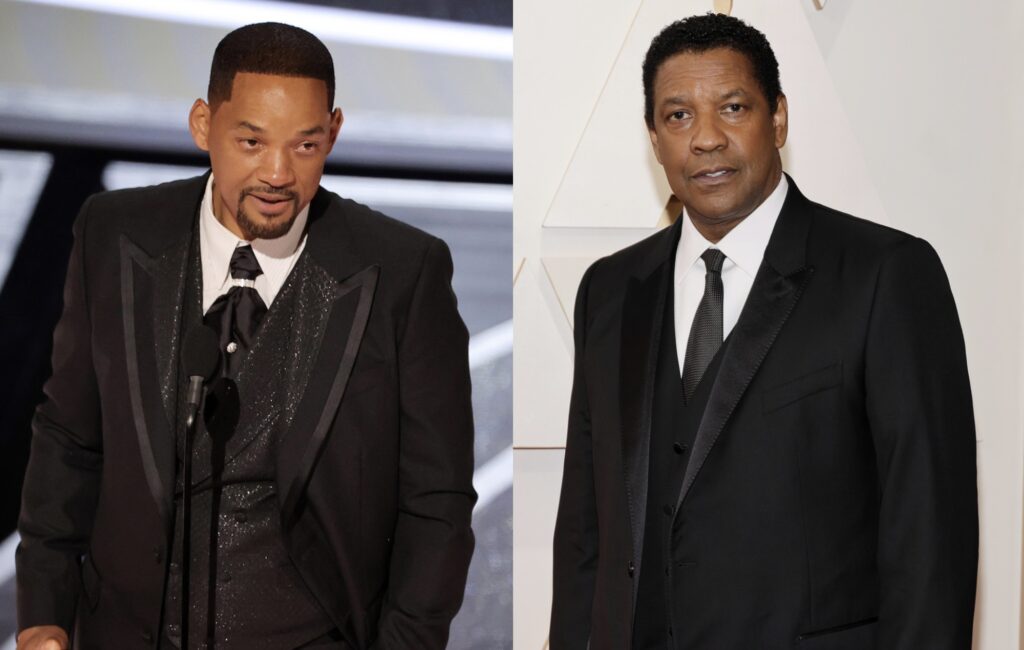 Will Smith has recalled what Denzel Washington told him following his altercation with Chris Rock at this year’s Oscars.

During last night’s (March 27) ceremony, Rock was presenting an award when he made a “joke” about Smith’s wife Jada Pinkett Smith’s shaven head, referring to her as “G.I. Jane”. Pinkett Smith has been open in the past about suffering from alopecia.

Smith then went on stage and took a swing at the comedian, before then twice shouting “keep my wife’s name out of your fucking mouth” when he returned to his seat.

Shortly afterwards, Smith won the Best Actor in a Leading Role Oscar for his turn in King Richard, where he apologised “to the Academy” and his “fellow nominees”.

As part of his speech, the actor revealed that he spoke to his fellow nominee Washington during the commercial break.

“I’m being called on in my life to love people and to protect people and to be a river to my people. I know, to do what we do, you’ve got to be able to take abuse,” Smith said.

“What I loved was, Denzel [Washington] said to me a few moments ago, he said, ‘At your highest moment, be careful, that’s when the devil comes for you’,” he recalled.

Smith later added: “Art imitates life. I look like the crazy father, just like they said about Richard Williams.”

Following the ceremony, the LAPD confirmed that Rock is not pressing charges against Smith at present, saying in a statement: “LAPD investigative entities are aware of an incident between two individuals during the Academy Awards program.

Smith’s son Jaden has also responded to the incident, tweeting: “And That’s How We Do It.”