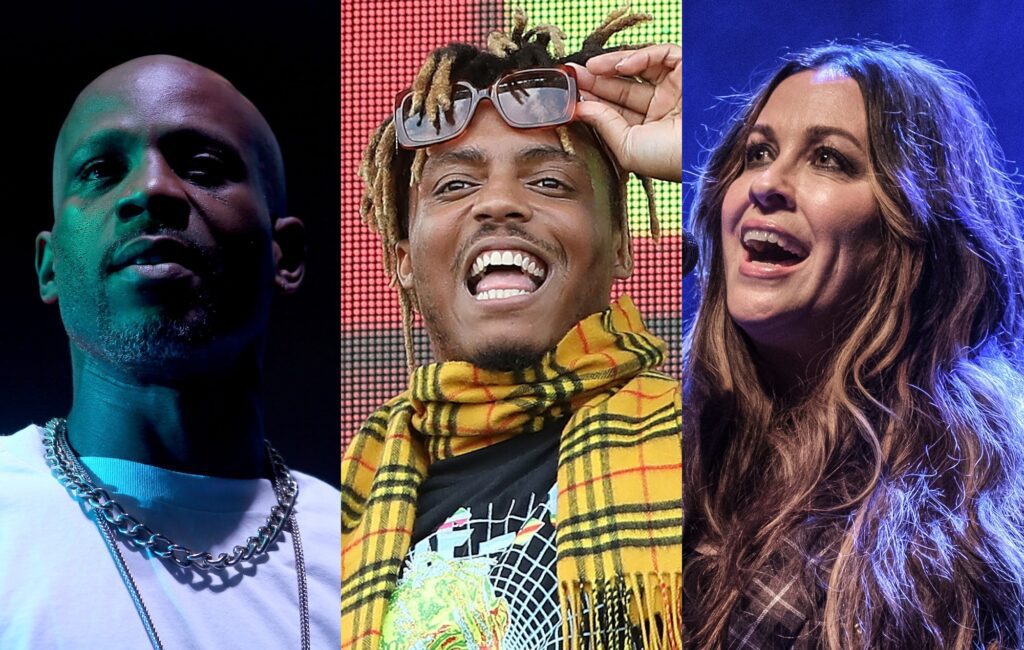 HBO has set release dates for the five remaining instalments of its Music Box documentary series, all of which are set to stream exclusively on HBO Max throughout November and December.

The series kicked off back in July with Woodstock 99: Peace, Love And Rage, a 110-minute film exploring the turbulent story behind the titular festival. The next instalment, Jagged, is set to focus on Alanis Morissette’s 1995 debut ‘Jagged Little Pill’, and will begin streaming on November 18.

That film will be followed by documentaries spotlighting the late DMX (DMX: Don’t Try To Understand) and jazz legend Kenny G (Listening To Kenny G), with their instalments dated for November 25 and December 2, respectively.

Robert Stigwood – the Australian impresario best known for producing Grease and Saturday Night Fever – will be honoured with a documentary titled Mr. Saturday Night, due for release on December 9. The Music Box series will then conclude on December 16 with a film about the late rapper Juice WRLD, titled Juice WRLD: Into The Abyss.

Have a look at a new teaser for HBO’s Music Box series below:

Morissette spoke out against the release of Jagged back in September, rescinding her support for the film after it premiered at the Toronto International Film Festival. She said the film – which includes an eye-opening interview with the singer-songwriter – contains “implications and facts that are simply not true”.

She accused the team behind the documentary of having a “salacious agenda”, saying she “was lulled into a false sense of security” and telling her fans: “This was not the story I agreed to tell. I sit here now experiencing the full impact of having trusted someone who did not warrant being trusted.”

Earlier this summer, it was revealed that Juice WRLD’s next posthumous album will be released in the form of a trilogy. A trailer was subsequently shared for first instalment, ‘The Party Never Ends’, with a single titled ‘Already Dead’ reportedly set to arrive later this month.

Last month, it was confirmed that after a lengthy battle regarding DMX‘s estate, the late rapper’s three eldest sons had been temporarily announced as co-administrators. The rapper’s first posthumous album, ‘Exodus’, was released back in May, and featured guest appearances from the likes of Swizz Beats, Jay-Z, Nas, Lil Wayne and Snoop Dogg.