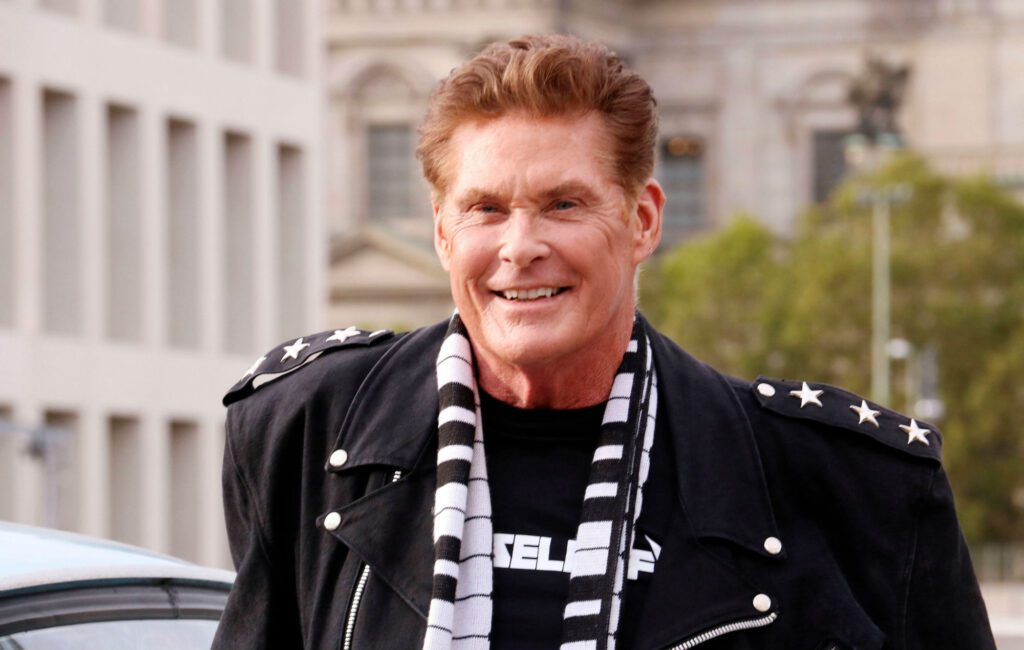 David Hasselhoff is auctioning off a giant replica of himself from The SpongeBob SquarePants Movie and will donate a portion of the proceeds to charity.

“Big Dave”, a giant replica of The Hoff that was used in the 2004 film, is now open for bidding. Hasselhoff posted an Instagram video of himself atop the model earlier today (January 5) saying “everything goes”.

“Big Dave from The SpongeBob SquarePants movie could be yours!” the former Baywatch actor captioned the clip. “Big Dave” was used in a scene where SpongeBob and his starfish best friend Patrick continue their quest to return to their underwater home of Bikini Bottom.”

The model is estimated to sell for $1.5 million (£1.35 million), according to Live Auctioneers.

Other items in Hasselhoff’s auction include signed memorabilia, costumes, a few cars, and several Baywatch collectibles.

In more Hasselhoff news, the actor recently teamed up with Austrian duo CueStack for an unlikely foray into heavy metal.

The former Knight Rider star has been working with the pair since 2018 on ‘Through The Night’, which hears The Hoff shout: “Through the night/ Through the night forever!”

The release comes after fans were asked to fund a Kickstarter to finance a cinematic video for the track as well as a making-of documentary.

An EP version of ‘Through The Night’ adds a synth-led remix of the song by Beartooth singer Caleb Shomo, as well as CueStack’s earlier single ‘Transhuman Generation’. The EP is available digitally via Amazon and in physical packages through CueStack’s online store.

Hasselhoff first teased his foray into metal in 2019 when he spoke to German news agency Deutsche Presse-Agentur: “I’m doing some heavy metal songs on my new album. Why not? I do not have an album title yet, but it should read: Everything Is allowed. I do everything. Because I can. Because I want it.”