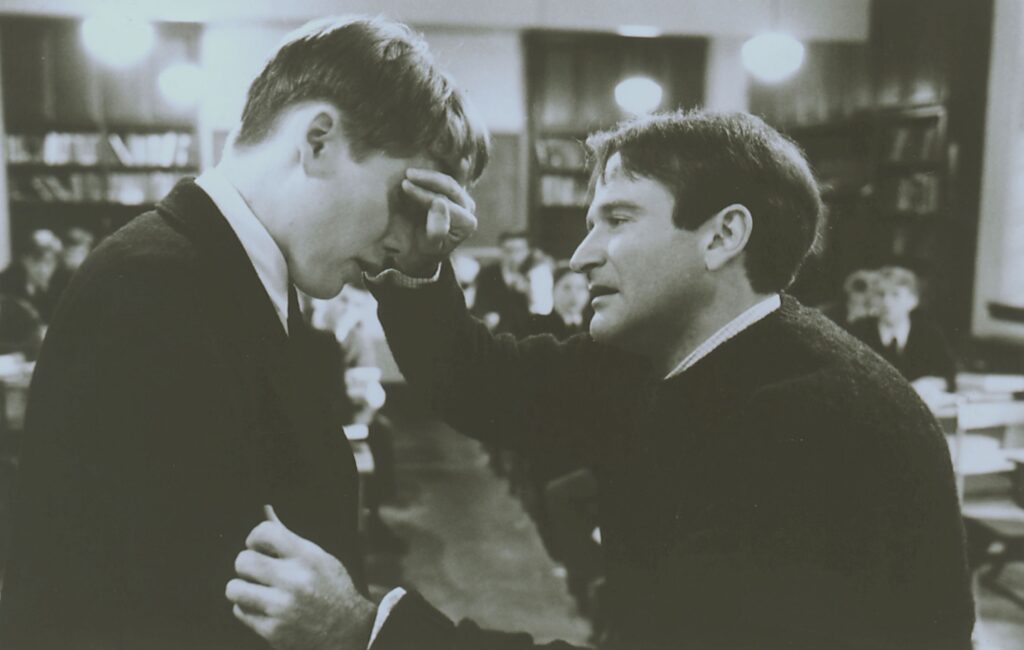 Ethan Hawke has reflected on working with Robin Williams in the film Dead Poets Society.

Hawke appeared in the 1989 film as a schoolboy – in what was one of his first acting roles – alongside Williams who played an inspirational teacher.

During a Q&A session at Karlovy Vary Film Festival (via Variety), Hawke said he felt intimidated by Williams as a young actor.

He said: “I thought Robin hated me. He had a habit of making a ton of jokes on set. At 18, I found that incredibly irritating. He wouldn’t stop and I wouldn’t laugh at anything he did.”

Hawke went on: “There was this scene in the film when he makes me spontaneously make up a poem in front of the class. He made this joke at the end of it, saying that he found me intimidating. I thought it was a joke.

“As I get older, I realise there is something intimidating about young people’s earnestness, their intensity.”

Despite their initial tension and Hawke realising it was he that felt intimidated because of his age, he said Williams later recommended him to an agent friend of his – an agent who later went on to be Hawke’s first major representative in the industry (via The Independent).

Earlier this month (August 12), Zak and Zelda Williams paid homage to their late father on the seventh anniversary of his death.

Robin Williams died by suicide in 2014, following a misdiagnosis of Parkinson’s disease. It was later confirmed that the Oscar-winning actor had unknowingly suffered from a rare form of progressive dementia that impacts thought and reasoning.

In January, Williams’ widow Susan Schneider Williams spoke about the “misunderstandings” around his death.

Speaking about how she learned of her husband’s diagnosis following his death, Susan told the Guardian: “The doctors said to me after the autopsy: ‘Are you surprised that your husband had Lewy bodies throughout his entire brain and brain stem?’

“I didn’t even know what Lewy bodies were, but I said: ‘No, I’m not surprised.’ The fact that something had infiltrated every part of my husband’s brain? That made perfect sense.”