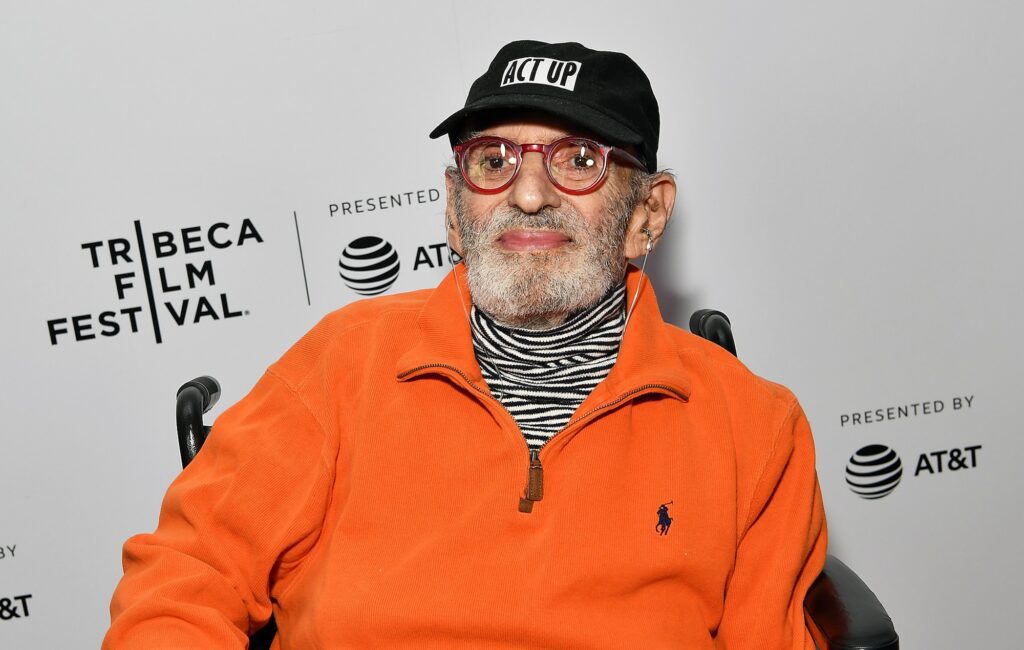 Larry Kramer, the prominent gay rights and AIDS activist who was also an Oscar-nominated screenwriter, has died at the age of 84.

Kramer passed away yesterday (May 27) in New York at the age of 84 after a battle with pneumonia. The news of his death was confirmed by his close friend and literary executor Will Schwalbe.

Kramer’s work as a writer in the 1980s and 1990s is seen as instrumental in changing the US’s national health policy around the AIDS crisis, a disease that Kramer had contracted himself.

Kramer was renowned for his autobiographical 1985 play The Normal Heart, and he also co-founded the Gay Men’s Health Crisis organisation in the early 1980s, the first organisation of its kind to support HIV-positive people.

After being removed from the organisation soon after its inception, Kramer then founded the AIDS Coalition to Unleash Power (ACT UP) movement, who demanded quicker and more thorough research into AIDS drugs, as well as an end to discrimination against gay men and women.

Kramer was nominated for an Oscar for Best Adapted Screenplay for his work on Ken Russell’s 1969 film Women In Love. The Normal Heart was adapted by HBO for TV in 2014 in a series that starred Mark Ruffalo, Jim Parson and Julia Roberts.

In his written tribute to Kramer, Elton John remembered him as “a giant of a man who stood up for gay rights like a warrior”.

…a tragedy that made the Gay Men’s Health Crisis and ACT UP movements so vital. He never stopped shouting about the injustices against us. His voice was the loudest and the most effective. (2/3)

Larry Kramer captured the outrage and spirit of these turbulent times in his brilliant play “The Normal Heart” along with his many other writings. I was proud to know him and his legacy must be maintained. My heart goes out to his beloved husband David Webster.

Mark Ruffalo said that it was “the greatest honour” to have worked with Kramer, adding: “We lost a wonderful man and artist today. I will miss you. The world will miss you.”

Dear Larry Kramer,
It was the greatest honor getting to work with you and spend time learning about organizing and activism. We lost a wonderful man and artist today. I will miss you. The world will miss you. pic.twitter.com/bU7Kv4kTnc

Tributes to Kramer have also been posted by the likes of Joe Biden, Lin-Manuel Miranda and Pearl Jam. You can see a selection of the tributes to Larry Kramer below.

.@DrBiden and I are saddened to learn of the passing of Larry Kramer, an American hero. Through his activism, Larry taught us all how to speak up and demand our government do its job. His outspokenness raised our consciousness on HIV/AIDS and saved countless lives. https://t.co/ZdFE2Pq32w

Don’t know a soul who saw or read The Normal Heart and came away unmoved, unchanged. What an extraordinary writer, what a life.
Thank you, Larry Kramer. pic.twitter.com/M3hA0cNrCU

Both vulnerable communities and those in positions of power are indebted to the activists who push for progress. Larry Kramer saved lives by never giving up and never backing down. May his courage continue to inspire.

I hope Larry Kramer gets to choose between resting in peace and haunting every last motherfucker on his list. pic.twitter.com/DHMKdg3MD2

I never met Larry Kramer but it feels like a close member of my family has died. Larry Kramer. A name that will always be synonymous with speaking out when it’s inconvenient, with righteous anger, with saving my community from extinction.

Larry Kramer was an American original who got loud, acted up, and saved many LGBTQ lives. His unrelenting efforts won’t be forgotten and should be held up as an example of a timeless truth: “the one thing that doesn’t abide by majority rule is a person’s conscience.”

Larry Kramer was a fierce advocate for the LGBTQ+ community who used his voice to hold people in power accountable. We are a better nation because he fought to end the stigma around HIV. Thinking of his loved ones during this difficult time. https://t.co/cVods4bVuR

Sad to hear of Larry Kramer’s passing. We shared the stage in Lance Black’s play, “8” which highlighted our fight for marriage equality. He was a fierce advocate for gay rights. He and his passionate voice will be missed.

At a time when fear & bigotry led many to ignore the human toll of the AIDS epidemic, Larry Kramer was a relentless, dissatisfied voice for justice. Through his activism, Larry demanded attention and saved lives. His vision & leadership will continue to inspire us all.

Reading The Normal Heart as a kid changed my life and I was completely overwhelmed when I first met its author during its 2011 Broadway run. Devastated to learn of Larry Kramer’s passing and holding all his loved ones in my heart. Rest in power. https://t.co/R22u5rRCIq

Larry Kramer valued every gay life at a time when so many gay men had been rendered incapable of valuing our own lives. He ordered us to love ourselves and each other and to fight for our lives. He was a hero.