Ed Murray, eldest brother of Bill Murray and the inspiration for 'Caddyshack', has died 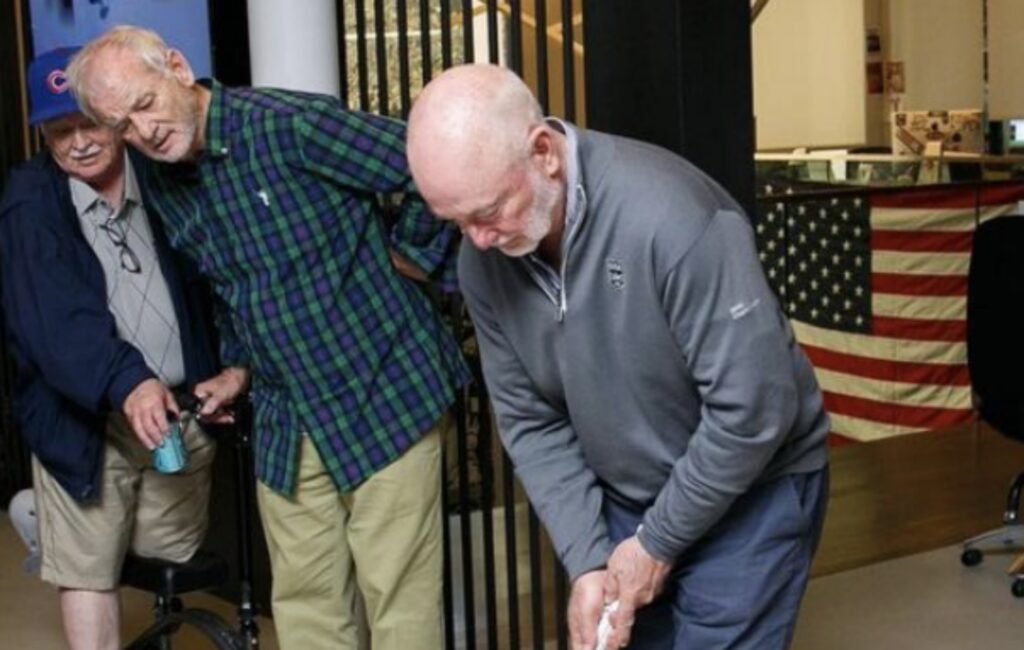 Ed Murray, eldest brother of Bill Murray and the inspiration for Caddyshack, has died.

A tribute was posted to Ed on the William Murray Gold Instagram page – a golf apparel company run by Bill alongside his brothers.

As well as running the company alongside his brothers, Ed was the inspiration for Michael O’Keefe’s Danny Noonan character in Caddyshack. Bill starred in the film written by his other brother, Brian together with Harold Ramis and Douglas Kenney.

“It’s with the heaviest of hearts that we announce the passing of the legend Ed Murray,” the tribute began.

It continued: “Named after the family patriarch, it was Ed who introduced the Murray family to this wonderful game of golf—by way of caddying at Indian Hills Country Club—at the age of 10, no less. (They don’t make ‘em like that anymore.)

“Ed was the recipient of the Evans Scholarship back in 1963, while attending Northwestern University—a scholarship awarded to golf caddies—a family storyline which served as inspiration for the Danny Noonan character in ‘Caddyshack’ when Brian Doyle-Murray co-wrote that iconic screenplay.

“Ed and all five Murray brothers are members of the Caddie Hall of Fame, as well—something all the boys take pride in, as this game helped shape their lives.”

The tribute concluded: “It was an honor for all of us to get to know Ed and to spend time with him over the past half decade as we’ve built this brand with the Murray family—and his loss is a hole that will never be filled.

“Thank you for always being so gracious, Ed. Our hearts are with his lovely family.”
Joel Murray, the youngest of Ed’s brothers, also posted a tweet in tribute to his late brother.

“Ed was the nice Murray…who remembered everyone’s name,” he wrote.

Unlike his brothers, Ed did not venture into entertainment. As reported in a Chicago Tribune interview in 2015, he initially worked as a broadcasting rep in Chicago before later working as a stockbroker in California.

He did, however, have a small role in Caddyshack. Speaking about his experience of that, Ed said: “They invited me out there for one week when I was working for Dean Witter in Santa Maria to come out and watch the show, and they made an extra so I got $37 to be an extra.

“I was usually in the background somewhere behind the scenes or on the driving range. But Harold Ramis, the director, said we have to give you a close-up and there is this one scene where this lady gets hit by the club and is lying on the deck and they have me come up right behind her holding a beer in my hand.”

In the interview, when asked if he had ever considered venturing into entertainment Ed replied: “No, never. I’ve emceed dinners in California and that is as far as I’ve gotten in show business.”