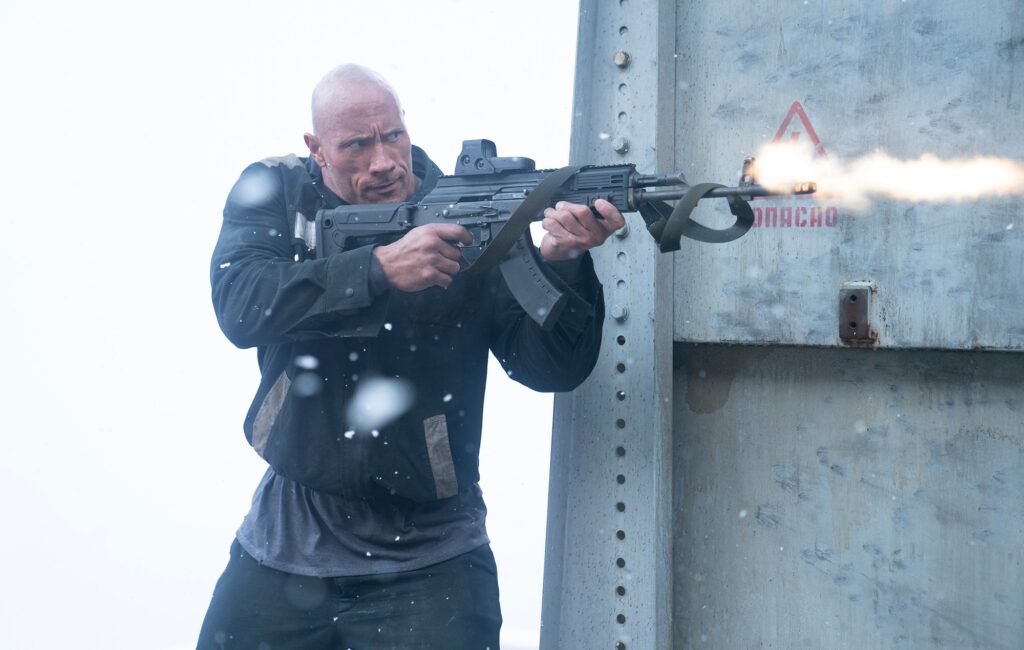 Red Notice is now the “biggest movie in the history of Netflix” – at least according to star Dwayne Johnson.

The new film, which co-star Ryan Reynolds and Gal Gadot, was only released a few weeks ago, and has been primed to become the streamer’s most-watched film.

Johnson, who portrays FBI agent John Hartley in the film, has now taken to Instagram to share a clip from the film, captioning: “Nyet politsiya… Not a COP! Here’s my slick talkin’ frenemy @vancityreynolds and I, giving you a taste of why RED NOTICE has officially become THE BIGGEST MOVIE IN THE HISTORY OF NETFLIX!!!

“In under two weeks, we’ve shattered all records and we have many weeks to go. THANK YOU GUYS and enjoy RED NOTICE this weekend around the world #NyetPolitsiya”.

Just last week, Netflix said that Red Notice had clocked 277.9million hours of combined views, which put it just behind 2018’s Bird Box, which has 282million hours. The new film also broke the record for the most-watched film on its opening day ever on the streaming site.

In a typically enthusiastic response, Johnson wrote at the time: “RED NOTICE has become THE BIGGEST OPENING EVER ~ for ANY MOVIE IN THE HISTORY OF NETFLIX!”

“Can’t wait for Red Notice (Taylor’s version),” Reynolds joked in reference to Taylor Swift‘s album ‘Red (Taylor’s Version)’, while Gadot said: “This is amazing!!!! What can I say, you guys are the best and the reason why we make these films. So grateful and excited!!! Congratulations Netflix and to the entire @rednotice.movie team.”

In a three-star review of Red Notice, NME wrote: “Writer-director Rawson Marshall Thurber (Dodgeball) is clearly still in love with the movies of his youth, and he manages to fit practically all of them into one script.

“A late act pop-star cameo is completely unnecessary, but so is everything else in Red Notice – and that’s sort of the whole point. Filled with an excess of everything (including, weirdly, Paul Hollywood), and clearly terrified of taking even the smallest of risks, it’s a $200million blockbuster buffet aimed at anyone and everyone.”