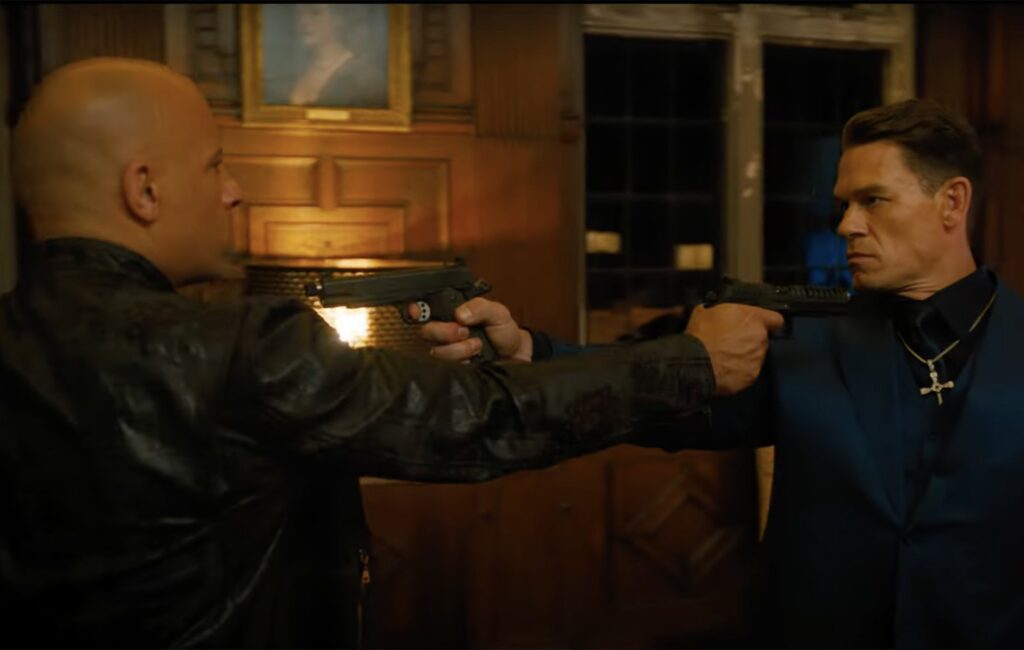 A new trailer for Fast And Furious 9 has been released – you can watch it below.

The clip sees Vin Diesel return as Dom, squaring up against his estranged younger brother Jakob, played by John Cena. “You always say ‘Never turn your back on family’ but you turned your back on me,” Jakob tells Dom in the dramatic new teaser.

Check it out below:

The synopsis for F9 reads: “Vin Diesel’s Dom Toretto is leading a quiet life off the grid with Letty and his son, little Brian, but they know that danger always lurks just over their peaceful horizon.

“This time, that threat will force Dom to confront the sins of his past if he’s going to save those he loves most. His crew joins together to stop a world-shattering plot led by the most skilled assassin and high-performance driver they’ve ever encountered: a man who also happens to be Dom’s forsaken brother, Jakob.”

Cardi B and reggaeton singer Ozuna will also join the franchise.

Speculating on the future of the franchise, Diesel first teased a two-part 10th instalment in early 2020.

The actor, who left the franchise after the first film and returned in 2009 after Tokyo Drift, said he “started planning for Fast 10 before we started filming Fast 9“.

He then added: “And for the fans, should Fast 10 parts one and two be the conclusion, it would be nice for this world to continue for generations to come.”

Fast and Furious 9 is released in cinemas in the US on June 25 and in the UK on July 8.