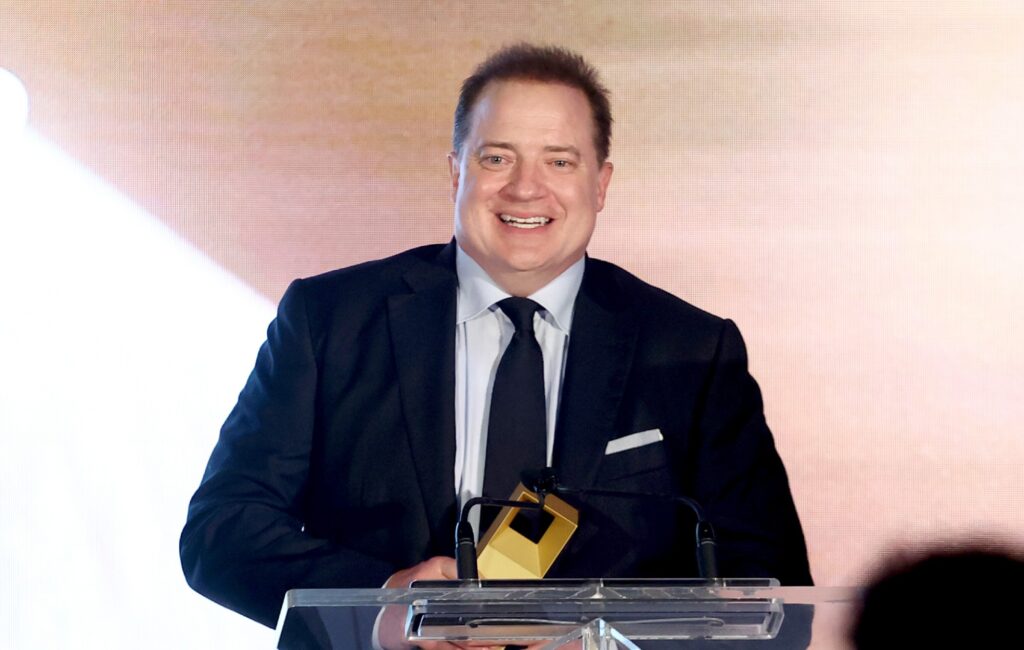 Brendan Fraser gave an emotional speech after receiving a Tribute Award for his role in The Whale at Toronto’s International Film Festival.

The actor, best known for his role in The Mummy franchise, received a standing ovation at the festival’s tribute gala on Sunday (September 11), where he was presented with an award by The Whale director Darren Aronofsky.

In his speech, Fraser said: “This is new for me. Normally I’m the guy at the podium who hands these things out. I got pretty good at it.”

He added: “I think that the last time that I waited to hear my name called aloud to receive an award was in grade four and it was from the Peewee Bowling League.”

Addressing Aronofsky and writer Samuel D. Hunter. Fraser added: “Art is about taking a risk and you should know that they took a chance on me and I will be forever grateful to them.”

He added: “It’s the audience that gives cinema life. So I must thank you for keeping me in the job that I love, because it’s nice work if you can get it.”

Earlier this month, Fraser received a standing ovation for The Whale at the Venice International Film Festival which reportedly lasted for six minutes. He’s being tipped as an Oscar frontrunner for the role.

The Whale is a psychological drama which follows a 600-pound man who tries to reconnect with his 17-year-old daughter after abandoning his family. The film also stars Sadie Sink (Stranger Things), Hong Chau (Downsizing), Samantha Morton (The Walking Dead) and Ty Simpkins (Avengers: Endgame).

The Whale is scheduled to be released in US cinemas on December 9, 2022.