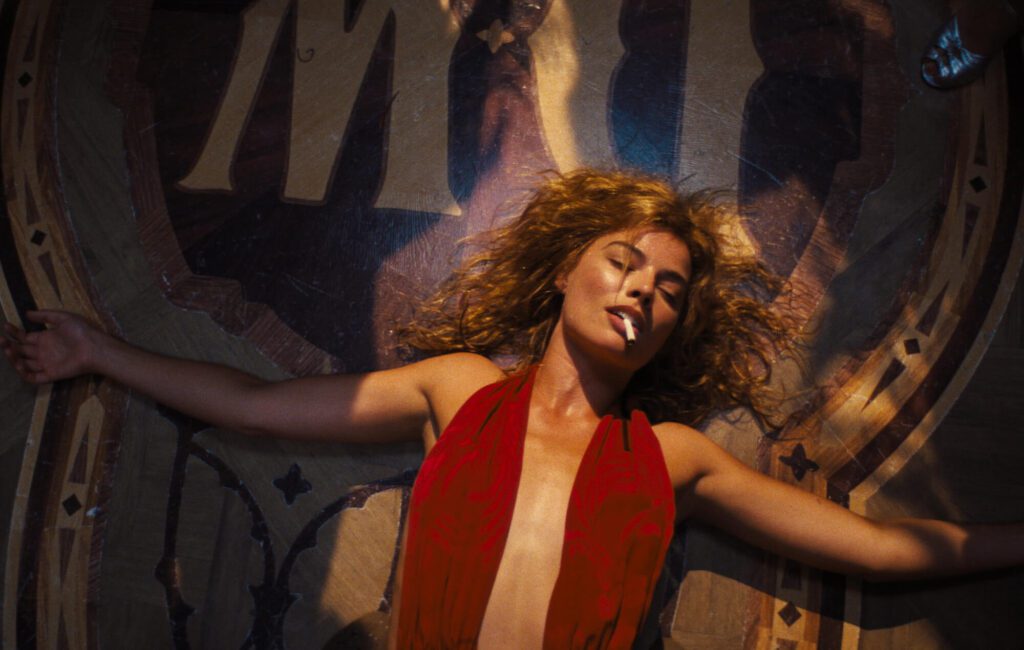 The first trailer for Babylon, director Damien Chazelle’s film about 1920s Hollywood, has been released.

Featuring Margot Robbie as a wannabe actress who works her way up the industry ladder, Babylon is “a tale of outsized ambition and outrageous excess which traces the rise and fall of multiple characters during an era of unbridled decadence and depravity”, explains a synopsis for the movie. Also starring are Brad Pitt, Jean Smart, Diego Calva, Tobey Maguire and Olivia Wilde.

The trailer, which you can watch above, introduces us to Robbie’s main character who is snorting drugs and discussing her dreams of a better life with a friend (played by Diego Calva). “I always wanted to be part of something bigger,” says the friend. “I love that answer,” she replies. “It’s written in the stars, I am a star!”

The rest of the teaser shows the famous parties and lavish lifestyle of Hollywood’s Golden Age, as Robbie’s character becomes more and more out of control. We also meet Pitt’s Jack Conrad, an established actor and household name, whose films include medieval epics and classic Westerns. Elsewhere, Tobey Maguire makes only his second on-screen appearance in a film in eight years, following 2021’s Spider-Man: No Way Home.

Coming to cinemas on December 25 in the US, and on January 20, 2023 in the UK, Babylon marks director Damien Chazelle’s return to making movies set in Los Angeles. Chazelle’s 2017 film La La Land, starring Ryan Gosling and Emma Stone, won seven Oscars and made $439million at the global box office.