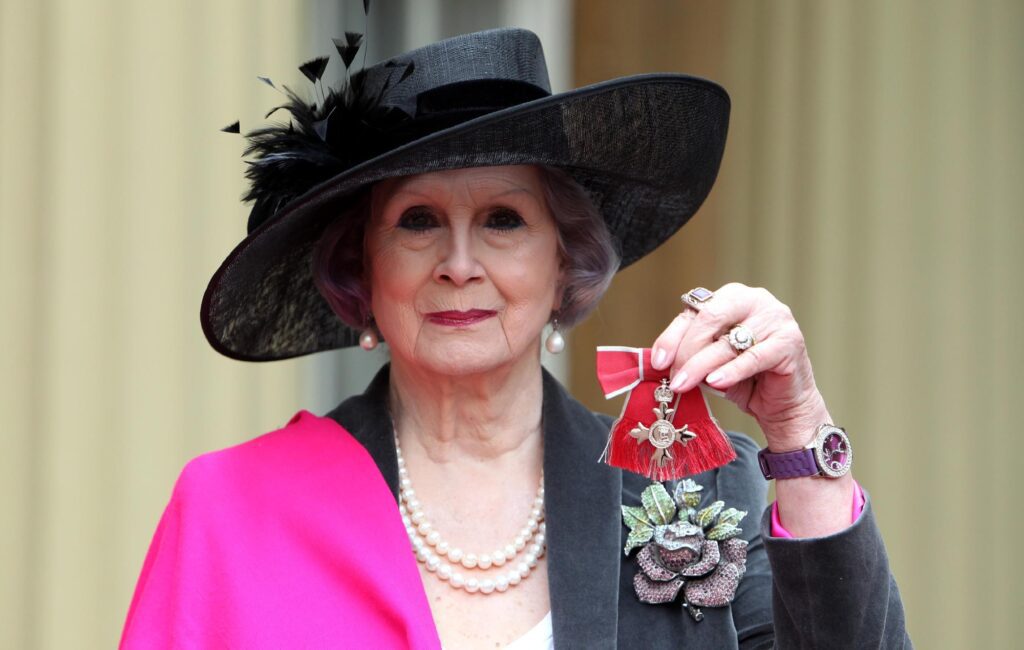 Boy George has led tributes to April Ashley, calling her a “force of nature and transgender high priestess”.

Model, actress and activist Ashley became the second Briton to undergo male-to-female gender reassignment surgery in 1960, and has now died at the age of 86.

Born to a working-class family in Liverpool in 1935, Ashley joined the Merchant Navy as a teenager. Following a stint in a psychiatric unit and repeated suicide attempts, she moved to London in 1955 and then to Paris, where she performed at Le Carrousel nightclub to earn money for gender reassignment surgery.

A year after the operation in 1960, she was photographed for Vogue magazine as a fashion model and appeared opposite Joan Collins, Bing Crosby and Bob Hope in the film Road To Hong Kong.

However, her modelling career was cut short when The Sunday People outed her as transgender in 1961 and she was involved in a landmark divorce case in 1969 when a judge ruled that she remained a biological man, despite her driving license and passport identifying her as a female. According to the judge, it was not possible to legally change sex, thus making her marriage to Arthur Cameron Corbett invalid.

Speaking about it at the time, Ashley said: “A lot of people suffered because of that divorce. It was just petty discrimination.”

She left the UK, moving to the US west coast to escape the prejudice she faced until 2005, where Ashley was legally recognised as female under the Gender Recognition Act and was made an MBE in 2012 for her campaigning work for the transgender community. She went on to advise the actor Eddie Redmayne on how to play a trans woman for his 2015 film The Danish Girl.

In 2020, Boy George shared a photo he’d taken of Ashley and wrote: “The first lady of ‘trans’ shot by me some years back. April Ashley remains an inspiration on how to live with grace and dignity. With a cracking sense of humour.”

Following her death, the Culture Club legend said she was “such an inspiration to my generation and beyond!“

Human Rights campaigner Peter Tatchell called Ashley a “trans trailblazer” while author Paris Lees said: “So sad to hear April Ashley has died. I was lucky enough to meet her and she was luminous and charismatic and flirted with waiters without seeming remotely silly despite pushing 80. Her wild, sad, extraordinary life is a lesson in how trans people were treated in the 20th century.”

So proud of this photo I took of April Ashley. Such an inspiration to my generation and beyond! R.I.P pic.twitter.com/5bKl3wrQmr

So sad to hear April Ashley has died. I was lucky enough to meet her and she was luminous and charismatic and flirted with waiters without seeming remotely silly despite pushing 80. Her wild, sad, extraordinary life is a lesson in how trans people were treated in the 20th century pic.twitter.com/F8j0SeBlZg

Trans pioneer, actress & 1950s Vogue model #AprilAshley MBE dies aged 86. She was the GREAT trans trailblazer for decades. I was so honoured to know & support her in a past era when she was reviled after being outed as trans. Hero! Rest in power! https://t.co/a2tvm01MS1 pic.twitter.com/95p1Eb2TlC

RIP April Ashley. What a pioneer. We will always treasure our portrait of her by @benyoudanart ❤️❤️❤️ https://t.co/EHGJLzdjCg

Hearing that April Ashley has passed away. I met her just once, and honestly, it was like meeting the queen. The poise, the grace. An icon. Rest in power. pic.twitter.com/0XxGNacUV3

So sad to learn of the passing of April Ashley MBE.

Outed in 1961 for transitioning, her presence, glamour & pure trailblazing gave others hope, in a time when if you were brave enough to be yourself, you simply lost EVERYTHING.

I was once lucky enough to meet her.

Sad to hear that April Ashley died yesterday. What a pioneer she was.
I met her once at an awards dinner, when she was well into her dowager years. She didn’t disappoint.

So very sad to hear that April Ashley has died. One of the first people in the world to undergo gender reassignment surgery, who became a Vogue model in the 60s, before being outed by tabloids. She was as colourful a character as she was brave. (Pic is her and me in 2013.) pic.twitter.com/CYRTwSIrRc

For help and support on transgender issues: