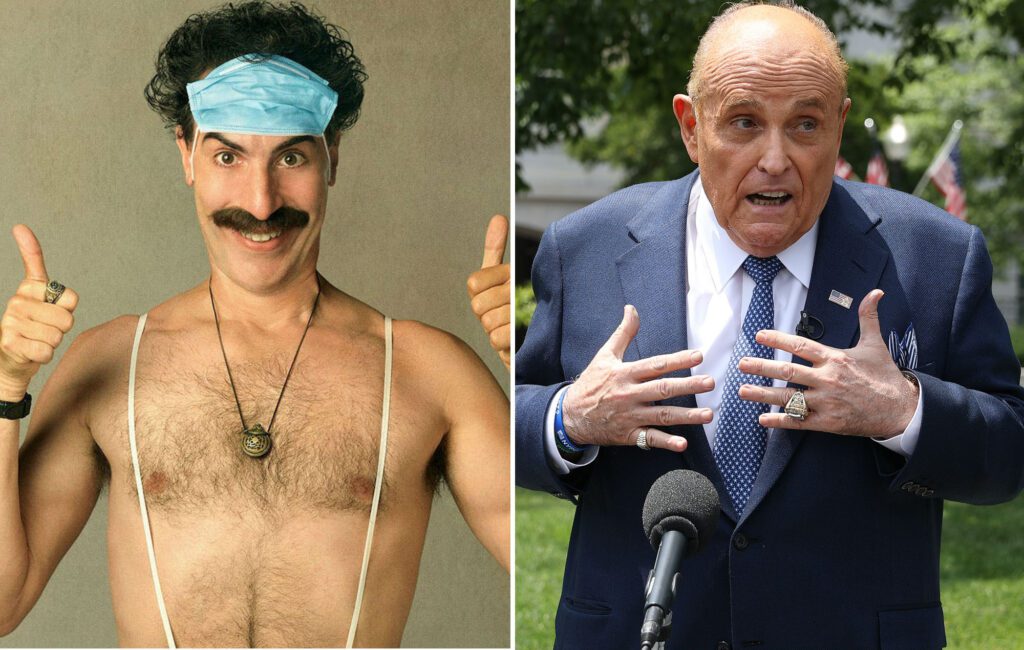 Borat has posted a new video to defend Rudy Giuliani, after the former New York mayor was caught out in the comedy sequel.

In one of the most talked about scenes in the new film, Giuliani — who is a lawyer for US President Donald Trump — is interviewed in a hotel suite by the actor playing Borat’s daughter, who is posing as a TV journalist.

After the interview, which sees Giuliani speaking about the Trump administration’s response to the coronavirus pandemic, the actor invites Giuliani to join her for a drink in the bedroom of the hotel suite, which contains a number of hidden cameras.

When his microphone is taken off, Giuliani lies down on the bed in the room and appears to put his hands down his trousers. The pair are then interrupted by Borat (played by Baron Cohen), who runs in and tells Giuliani: “She’s 15. She’s too old for you.”

While Giuliani called the scene a “complete fabrication”, he has now been defended by Sacha Baron Cohen’s character in a not-so-serious response.

“I here to defend America’s Mayor, Rudolph Giuliani,” Borat remarks in the clip. “What was an innocent sexy-time encounter between a consenting man and my 15-year-old daughter has been turned into something disgusting by fake news media. I warn you: anyone else try this and Rudolph will not hesitate to reach into his legal briefs and whip out his su-penis.”