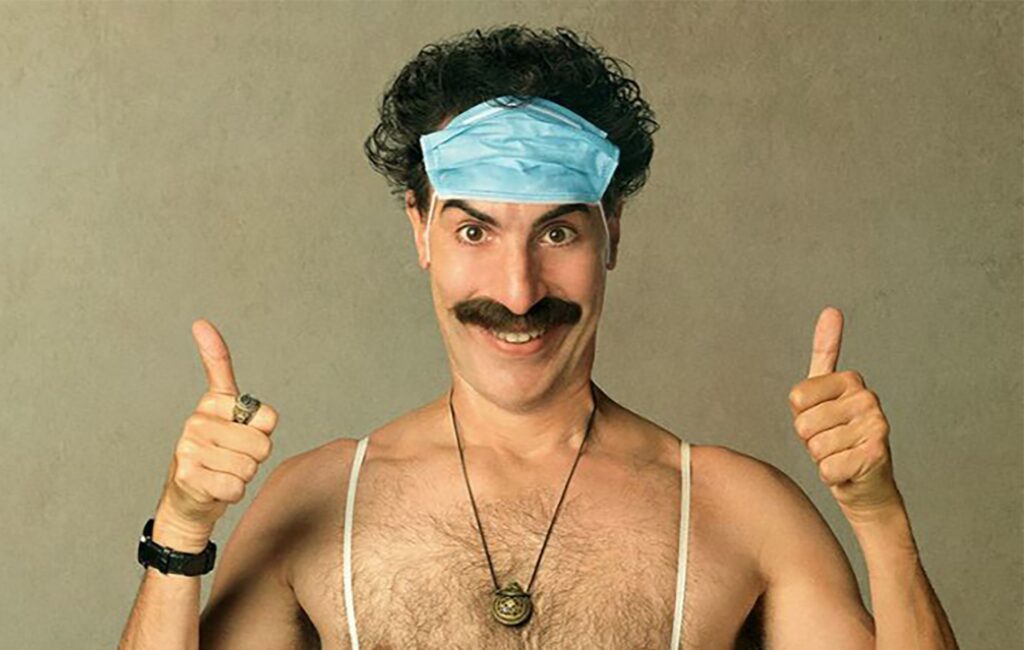 Erran Baron Cohen, the composer for Borat 2, has said he would like to perform the film’s ‘Wuhan Flu’ song at next year’s Oscars ceremony.

Erran, who is the older brother of the film’s star Sacha, contributed lyrics to the comedy anthem, which in the Amazon Prime Video film is performed by Sacha at a far-right rally in Washington while in disguise as a bluegrass singer.

‘Wuhan Flu’ is now an unexpected contender for Best Original Song at the 2021 Oscars, and Erran has revealed that he’s interested in performing it during Hollywood’s biggest night.

“I would love to, if we could travel then,” Erran told The Hollywood Reporter. “I think that would be one of the best things that would ever happen at the Oscars. It would make it the most interesting Oscars ceremony ever.”

He added: “The issue of course is that it’s a racist song. It’s highlighting the racism in people. I think we could easily change the lyrics. I think it might be funny to do that and make a special version that was maybe more appropriate. We’ve got eight minutes of stuff already. But times may have changed by then anyway and we might have something else to talk about.”

Sacha and Erran created an extended version of ‘Wuhan Flu’ that sits around the eight-minute mark so that Sacha’s Borat character could perform it for as long as possible on stage before getting cut off.

The song includes lyrics about injecting children with the “Wuhan flu” and chopping up anyone wearing a mask “like the Saudis do”.

Earlier this week, the Kazakh American Association said it wants to ban Borat 2 from awards season consideration due to its “racist” portrayals of the country.

The Virginia-based nonprofit organisation has shared an open letter written to the President and the CEO of the Motion Picture Academy (Oscars).