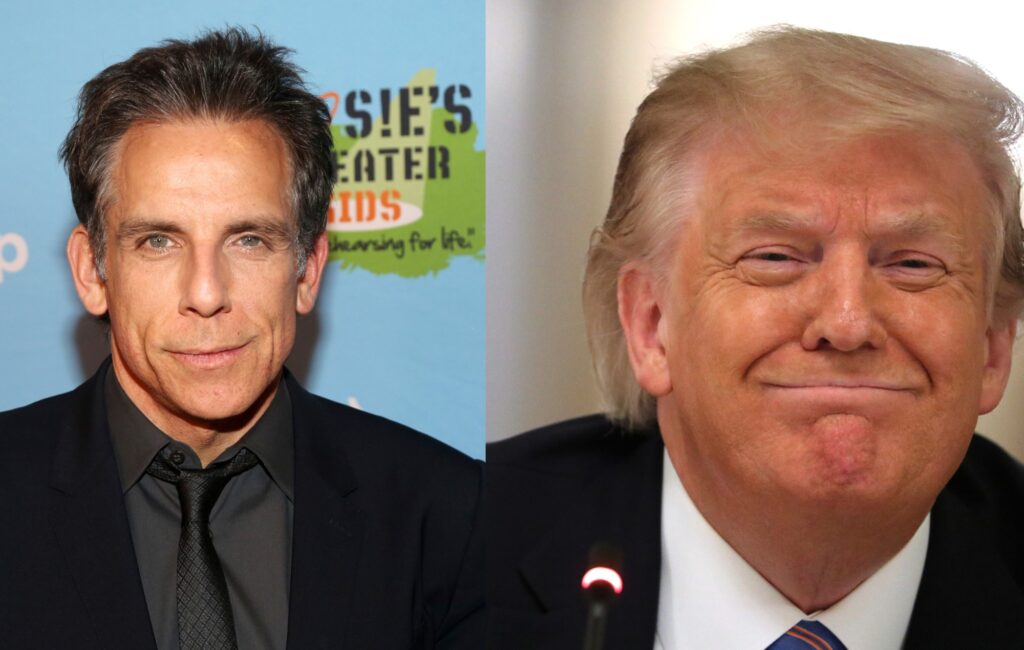 Ben Stiller has defied fans who’ve called for Donald Trump to be cut out of ‘Zoolander’.

Stiller, who directed 2001 comedy film and starred in it as supermodel Derek Zoolander, confirmed that he had no intention of cutting the President of the United States out from the movie.

Speaking on the Daily Beast podcast The New Abnormal, Stiller shared how Trump – who was only known as a mega-rich celebrity entrepreneur at the time – became a part of the production.

“We were shooting at the now defunct VH1 Fashion Awards…and as people were coming up the red carpet, we pulled them aside and asked them to talk about Derek Zoolander, and so Trump and Melania did that,” Stiller told the podcast.

Since then, Trump was elected to office and his presidency has faced constant controversy.

Stiller added: “I’ve had people reach out to me and say, ‘You should edit Donald Trump out of Zoolander,’ but at the end of the day that was a time that existed and that happened.”

Zoolander isn’t Trump’s only on-screen appearance. To name a few examples, the US President he can be spotted in: Home Alone 2: Lost in New York; Two Weeks Notice; The Fresh Prince of Bel-Air; Sex and the City; Suddenly Susan, and other works.

In 2017 actor Matt Damon explained why Trump has so many cameos under his belt.

Speaking to The Hollywood Reporter, Damon revealed that whenever film productions requested to film in one of his buildings, Trump would insist that a part was written for him in the movie.

“[Director] Martin Brest had to write something in Scent of a Woman – and the whole crew was in on it,” Damon explained: “You have to waste an hour of your day with a bullshit shot: Donald Trump walks in and Al Pacino’s like, ‘Hello, Mr. Trump!’ You had to call him by name – and then he exits.”

“You waste a little time so that you can get the permit, and then you can cut the scene out. But I guess in Home Alone 2 they left it in.”