Avril Lavigne wants Kristen Stewart to play her in a biopic 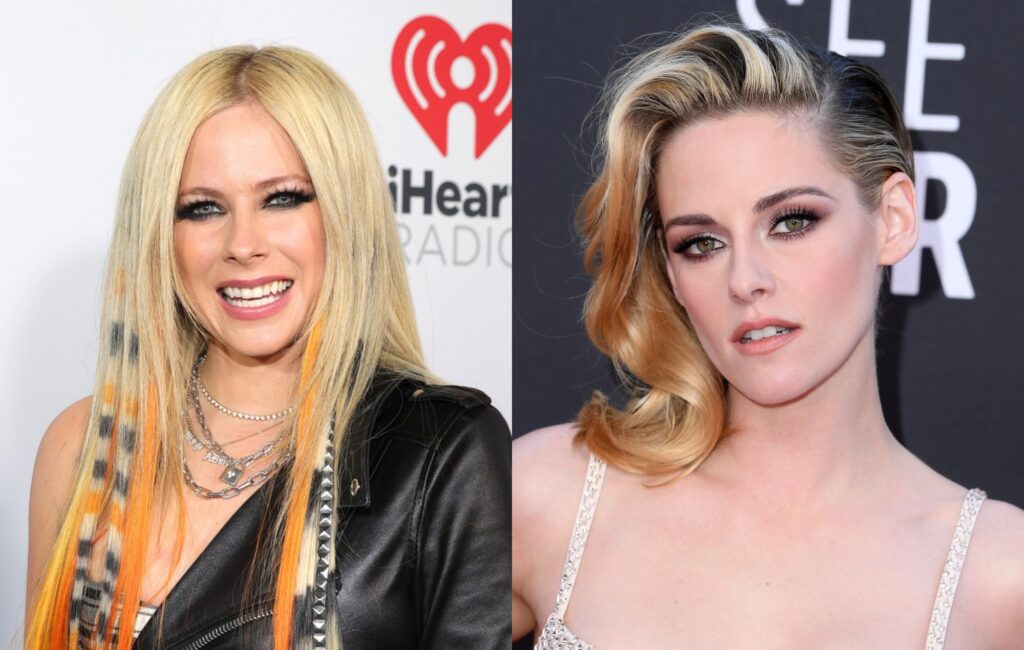 Avril Lavigne has said she wants Kristen Stewart to play her in a biopic.

While on the red carpet at the 2022 iHeartRadio Music Awards, the singer was asked about who she’d want to play her in a movie about her life.

After a pause, Lavigne said: “Like Kristen Stewart would be cool to play me in a film. She’s dope.”

Avril Lavigne says she would like Kristen Stewart to play her in a potential biopicpic.twitter.com/i3hBxCXWCX

In NME’s three-star review, the album is described as a “progressive pop-punk album that eschews the old rules – but not at the expense of maximalist, joyful guitar themes.”

Stewart is going up against Jessica Chastain, Olivia Colman, Nicole Kidman and Penelope Cruz in the race for Best Actress at the Oscars on Sunday (March 27). She’s nominated for her role as Princess Diana in Spencer.

In NME’s five-star review, it reads: “Spencer won’t please staunch royalists, but [director Pablo] Larrain and Stewart have succeeded in presenting a fresh and perhaps enlightening impression of one of the 20th century’s most dissected figures.

“This Diana isn’t “England’s rose” or a “queen of hearts”, but a traumatised, cornered animal, desperately trying to claw her way out of a gilded cage.”

The actor’s next film is horror film Crimes Of The Future from director David Cronenberg, starring alongside Viggo Mortensen, Scott Speedman and Léa Seydoux.