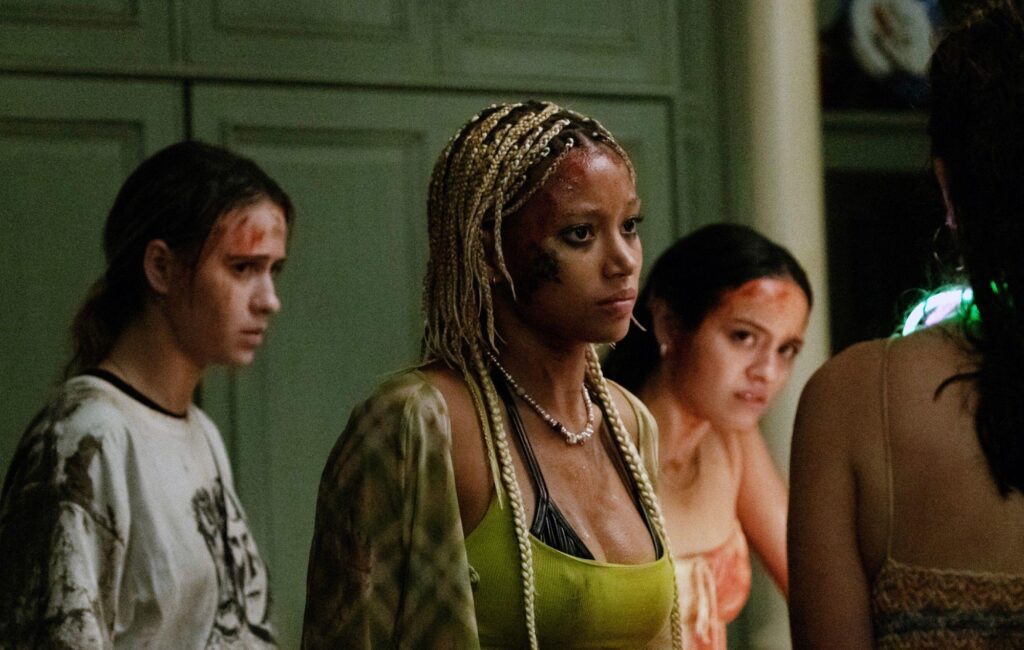 Stenberg stars in A24’s newest horror comedy film about a group of rich friends in their twenties who host a party game that ends in a death.

Wilson, a New York Times critic, wrote in her review that while the film is not “bad”, it’s “not special”.

“The only thing that really sets Bodies Bodies Bodies apart is its place in the A24 hype machine, where it doubles as a 95-minute advertisement for cleavage and Charli XCX’s latest single,” Wilson wrote.

Yesterday (August 18) the film critic shared a screenshot of an Instagram message that she received from Stenberg a few days following the review’s publication, which read: “Your review is great, maybe if you had gotten your eyes off my tits you could’ve watched the movie!”

Below the photo, Wilson tweeted: “Always weird when the homophobia is coming from inside the house but this is something.”

“Me: (spends one line of a 500-word review facetiously commenting on how A24 objectifies young women to sell content),” she added. “Random men on Twitter dot com and also, apparently, Amandla Stenberg: Local Dyke Cannot Stop Talking About Boobies.”

Wilson added: “Do you think Lee Pace is going to be mad at me next because to be fair I did actually call him hot in that review?”

Stenberg has since defended herself in an Instagram video, claiming that she was just trying to be funny.

Wilson’s reference to Charli XCX is about the singer’s track ‘Hot Girl (Bodies Bodies Bodies)’ featuring in the horror film.

Produced by Charli and The 1975’s George Daniel, the song finds Charli returning to some of the musical and lyrical themes of her ‘Vroom Vroom’ era, including some direct references: “Cause I’m really hot, dancing in stilettos on the table top/ Rodeo Drive is where I like to shop/ And I can race you there in my Bentley truck (vroom vroom).”