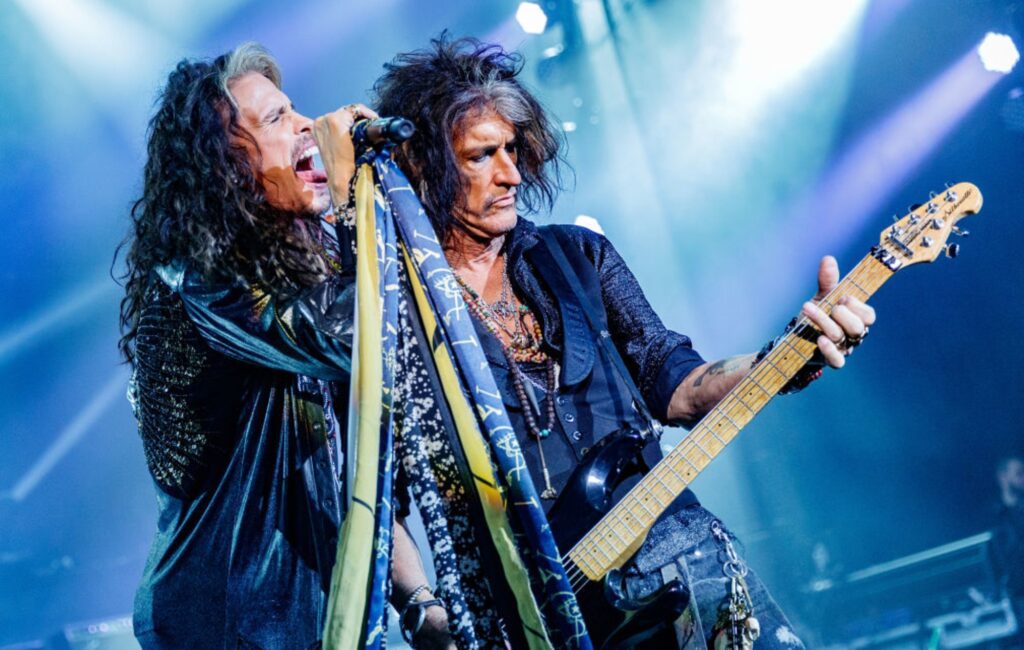 Taking place on Monday (December 7) as part of actor Josh Gad’s Reunited Apart YouTube series, the event is being put on in support of the First Responder’s Children’s Foundation.

Gad has been hosting virtual reunions for classic films throughout lockdown, previously bringing together the cast of Ferris Bueller’s Day Off back in June.

“‘Sibilance… Sibilance’ Surprise… We were ‘worthy enough’ to reunite with our friends Wayne and Garth!”, Aerosmith wrote, sharing news of their involvement on Instagram.

The first Wayne’s World film, released in 1991, was the second film based on a Saturday Night Live sketch, following The Blues Brothers in 1980. It starred Myers and Carvey as rock music knuckleheads Wayne Campbell and Garth Algar respectively.

Although Aerosmith appeared in one of the SNL sketches, they originally opted not to appear in the first movie. However, they joined the cast for Wayne’s World 2 in 1993, in which they performed ‘Dude (Looks Like A Lady)’ and ‘Shut Up and Dance’ during an onstage appearance.

See the band announce the virtual reunion below:

The event is listed to commence at 9am EST/12pm PST. Whether the published time is a typo due to the time difference being incorrect or they plan on airing it twice at two different times is not yet clear. For more information, look out for updates on Gad’s Twitter/Instagram.

Earlier this year, Aerosmith reunited with Run DMC at the 2020 Grammys for a performance of their classic 1986 collaboration, ‘Walk This Way’.

However, the band’s drummer Joey Kramer was not present after he had asked a judge to rule that he should be allowed to rejoin the rock band for their performance at the awards ceremony.

The courts decided since Kramer had not played with the band since 2019 because of an injury, it was not unfair of his bandmates to ask him not to take part. He later rejoined the band in February.