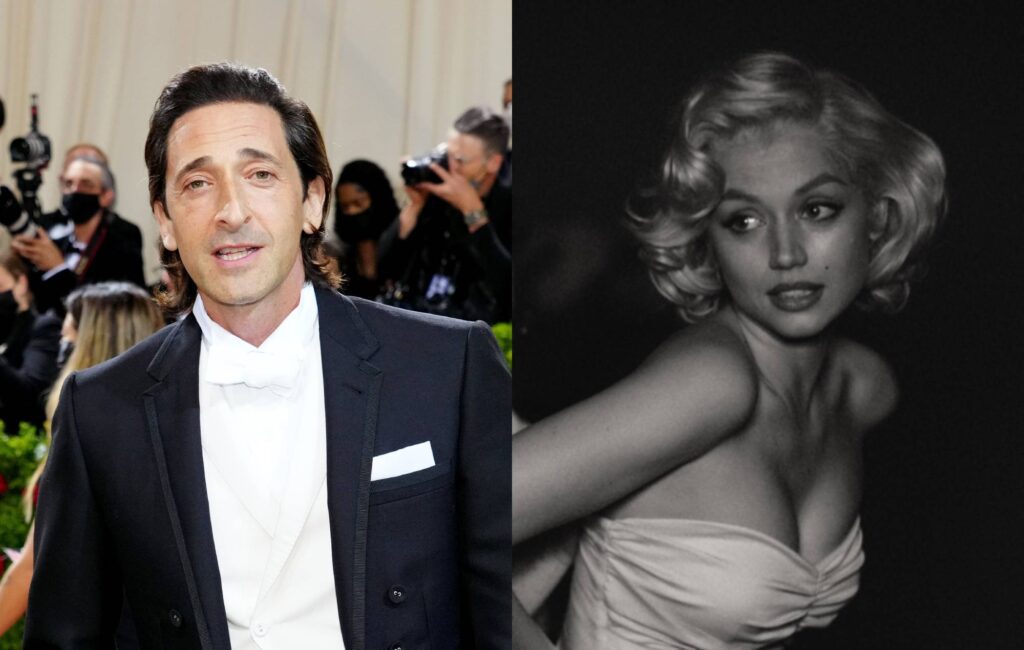 Directed by Andrew Dominik (The Assassination Of Jesse James By The Coward Robert Ford) and based on the novel by Joyce Carol Oates, Blonde is described as a story which reimagines the Hollywood icon and “blurs the lines of fact and fiction”.

Speaking to Deadline last week (June 22), Brody – who plays Monroe’s husband and literary giant Arthur Miller in the film – joked that “there’ll be some controversy” around the fictionalised biopic (per The Independent).

Watch the trailer for Blonde below.

The film has attracted attention in recent months for acquiring a restrictive NC-17 rating in the US. As reported by Screendaily in February, editor Jennifer Lame (Tenet) was brought in early last year to “curb the excesses of the movie”.

Speaking at the time about the rating, Dominik said: “It’s a demanding movie. If the audience doesn’t like it, that’s the fucking audience’s problem. It’s not running for public office.

“It’s an NC-17 movie about Marilyn Monroe, it’s kind of what you want, right? I want to go and see the NC-17 version of the Marilyn Monroe story.”

A synopsis reads: “Blonde boldly reimagines the life of one of Hollywood’s most enduring icons, Marilyn Monroe. From her volatile childhood as Norma Jeane, through her rise to stardom and romantic entanglements, Blonde blurs the lines of fact and fiction to explore the widening split between her public and private selves.”

Nick Cave and Warren Ellis have scored the soundtrack, after previously working with Dominik on his 2016 documentary One More Time With Feeling, which chronicled the recording of Cave’s ‘Skeleton Tree’ in the aftermath of his son Arthur’s death.