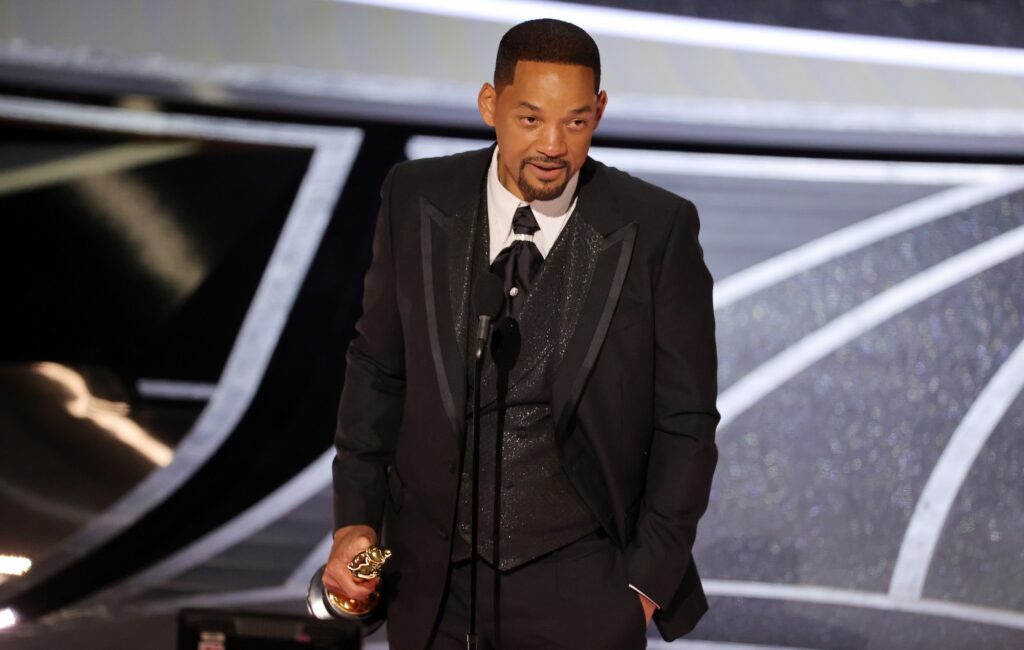 Will Smith confronted Chris Rock on stage at the Oscars 2022 as the guest presenter made a “joke” about Jada Pinkett Smith.

Rock appeared at the ceremony at the Dolby Theatre tonight (March 27), at which both Smith and Pinkett Smith were present, to present the award for Best Documentary Feature.

During his appearance, Rock commented that he couldn’t wait to see Pinkett Smith in “G.I. Jane 2”, alluding to her bald head. The actor has been vocal about suffering from the autoimmune disease alopecia, sharing the effects of the condition with her followers on social media.

After Rock made the comment, Smith ran up on stage and took a swing at him before returning to his seat and shouted: “Keep my wife’s name out of your fucking mouth.”

The Full Uncensored video of Will Smith’s altercation with Chris Rock at the #Oscars pic.twitter.com/cGQ3plSEiz

Later, fellow guest presenter Sean “Diddy” Combs commented on stage: “I did not know that this year would be the most exciting Oscar ever. Will and Chris, we’re gonna solve that like family at the Gold Party right now. We’re moving on with love.”

The Hollywood Reporter’s Scott Feinberg wrote on Twitter that during a later commercial break, Smith was “pulled aside and comforted by Denzel Washington and Tyler Perry”. He added that the actor appeared “to wipe tears from his eyes”.

During the commercial break, Will Smith is pulled aside and comforted by Denzel Washington and Tyler Perry, who motion for him to brush it off. Will appears to wipe tears from his eyes as he sits back down with Jada, with Denzel comforting Jada and Will’s rep by his side. pic.twitter.com/uDGVnWrSS2

While accepting the award for Best Actor in a Leading Role for his role in King Richard later in the night, Smith spoke about protecting family. He also apologised to the Academy and his “fellow nominees” through tears. “This is a beautiful moment,” he said. “I’m not crying for winning an award – it’s not about winning an award for me. It’s about being able to shine a light on all the people.”

He added that Washington had told him earlier in the ceremony: “When you’re at your highest point, be careful – that’s when the devil will come for you.”

Will Smith “Love with make you do crazy things” pic.twitter.com/kPMewCpdNd

“Art imitates life – I look like the crazy father, just like they said,” he continued. “But love will make you do crazy things.”

Elsewhere at the Oscars 2022, Beyoncé opened the ceremony with a performance of ‘Be Alive’ from King Richard, while Mila Kunis paid tribute to the “resilience” of the Ukrainian people.

Billie Eilish and Finneas also performed at the event, playing their Bond theme tune ‘No Time To Die’. Meanwhile, CODA’s Troy Kotsur became the first deaf male actor to win an Oscar. You can keep up with all the winners from the Oscars 2022 as they happen here.