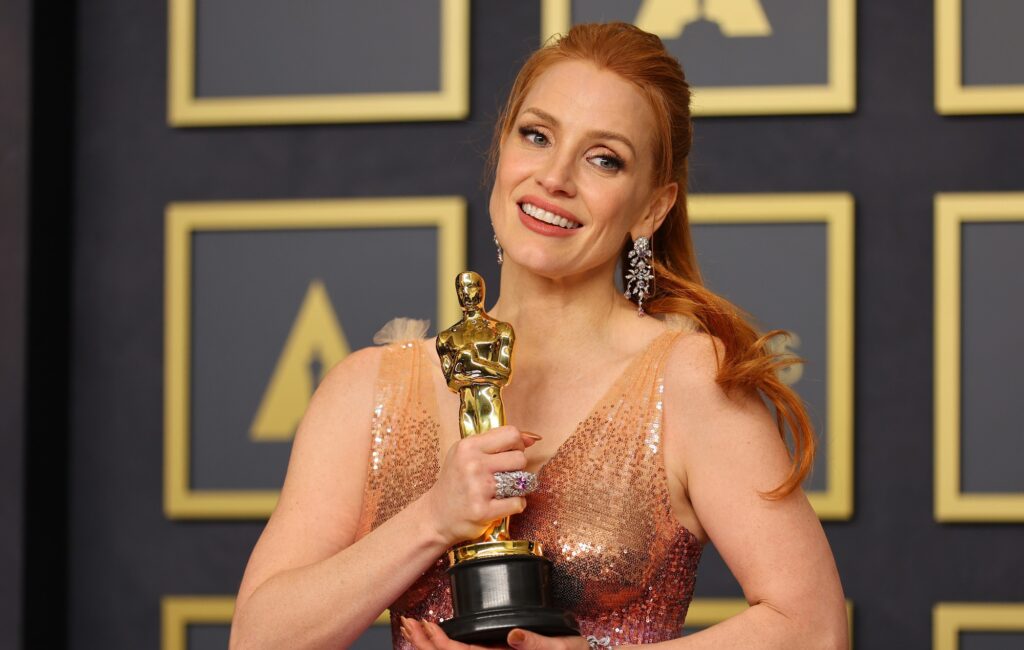 Jessica Chastain gave a moving acceptance speech about suicide and discrimination at the Oscars 2022 tonight (March 27).

The actor won the award for Best Actress in a Leading Role for her part in The Eyes Of Tammy Faye.

While accepting the award, Chastain made reference to the difficulties of the last two years and the injustices being faced by many around the world.

“Right now, we are coming out of a lot of difficult times that have been filled with a lot of trauma and isolation,” she said. “And so many people out there feel hopelessness and they feel alone. Suicide is a leading cause of death in the United States. It’s touched many families – it’s touched mine – and especially members of the LGBTQ community, who oftentimes feel out of place with their peers.

The Oscar for Actress in a Leading Role goes to Jessica Chastain for her stunning performance in 'The Eyes of Tammy Faye.' Congratulations! #Oscars @jes_chastain pic.twitter.com/fsqe1QDL3U

“We’re faced with discriminatory and bigoted legislation, which is sweeping our country, with the only goal of further dividing us. There’s violence and hate crimes being perpetuated on innocent civilians all over the world.”

She went on to connect the speech to Tammy Faye Bakker, the singer, talk show host and TV personality portrayed in The Eyes Of Tammy Faye. “In times like this, I think of Tammy and I’m inspired by her radical acts of love – we’ve talked about love a lot tonight,” Chastain said.

“I’m inspired by her compassion and I see it as a guiding principle that leads us forward, and it connects us all in the desire that we want to be accepted for who we are, accepted for who we love and to live a life without the fear of violence or terror. For any of you out there who do, in fact, feel hopeless or alone, I just want you to know that you are unconditionally loved for the uniqueness that is you.”

The award is Chastain’s first Oscar and came from her third nomination following nods for Best Supporting Actress for The Help in 2012 and Best Actress for Zero Dark Thirty in 2013.

Mila Kunis also spoke out about the violence facing citizens of the world during the Oscars 2022. The Ukrainian-born actor alluded to the ongoing conflict in the country at the hands of Russia, paying tribute to the “resilience” of the Ukrainian people.

Other winners at the Oscars 2022 included Billie Eilish and Finneas, who collected their first Oscar for Best Original Song, and CODA’s Troy Kotsur. He made history as the first deaf male actor to win an Oscar. You can catch up with all of the winners from the Oscars 2022 here.