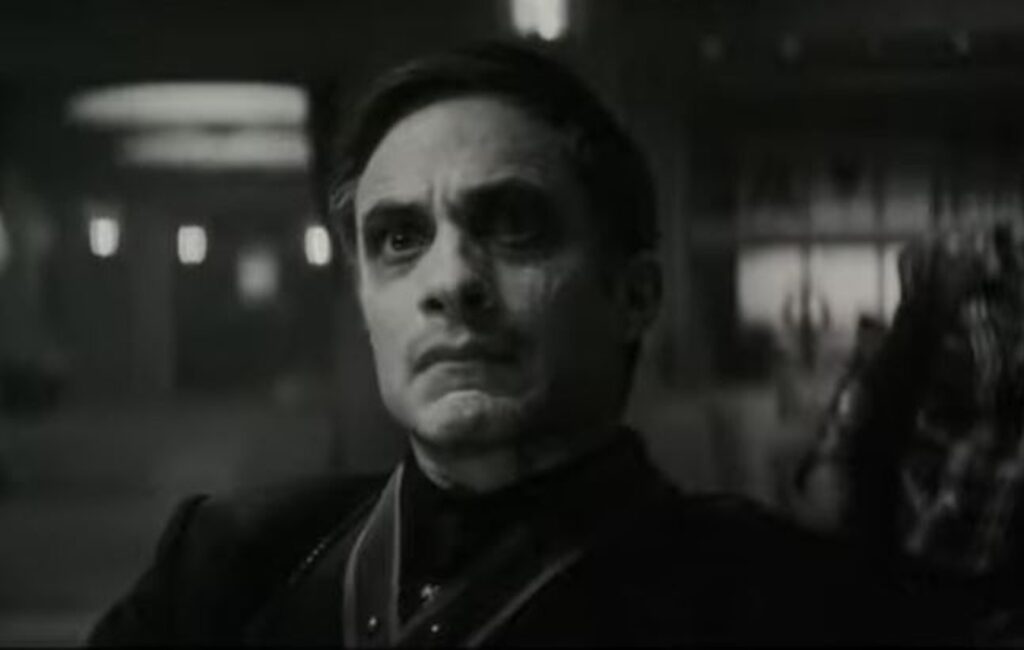 A trailer has been released for Marvel’s Halloween special Werewolf By Night at Disney’s D23 Expo – check it out above.

The footage debuted during the Marvel, Lucasfilm and 20th Century Studios presentation on Saturday (September 10), which featured announcements about future shows and films across the Marvel Cinematic Universe and Star Wars.

The special stars Gael Garcia Bernal as Jack Russell, an ordinary man who carries an ancient family curse that turns him into a werewolf.

He’s joined in the cast by Laura Donnelly as Elsa Bloodstone and Al Hamacher as Billy Swan. In the comics, Bloodstone is an immortal monster-hunter and partner to Deadpool.

Marvel Comics character Man-Thing also makes its debut in Werewolf By Night, who is a humanoid swamp monster.

As the trailer shows, the special looks like a homage to classic monster films like Frankenstein and Creature From The Black Lagoon, with black and white visuals.

Michael Giacchino, who has previously composed scores for various Marvel outings, is the director on the special. It’s scheduled to be released on October 7 on Disney+.