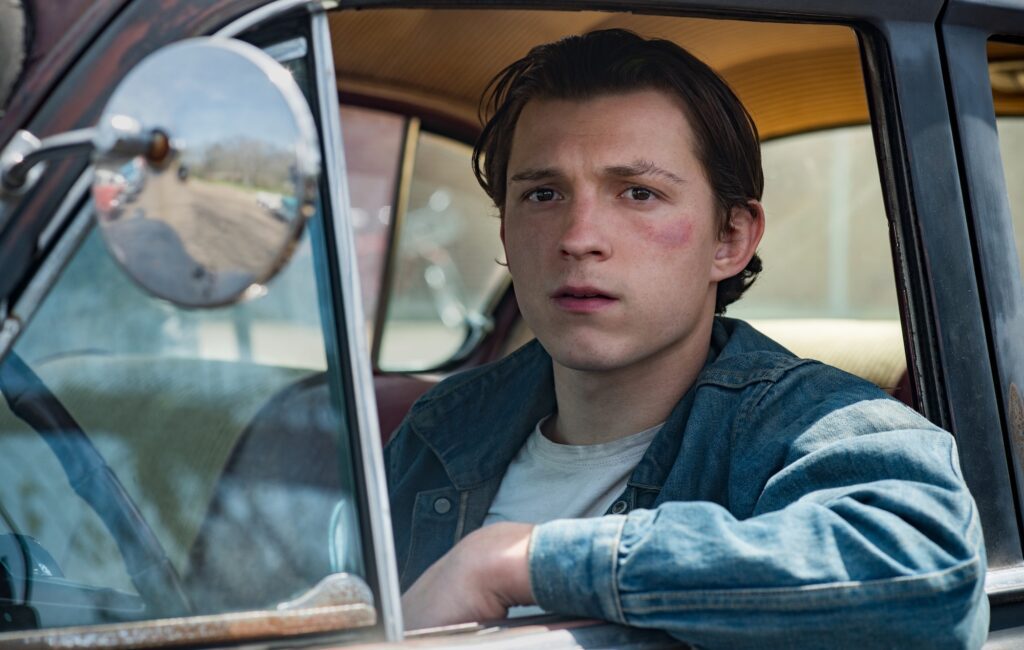 Netflix have shared a new trailer for upcoming thriller The Devil All The Time – watch it below.

The new film, based on the bestselling book by Donald Ray Pollock, will star Tom Holland alongside Robert Pattinson, Riley Keough and more. It lands on Netflix globally on September 16.

The film’s synopsis reads: “In Knockemstiff, Ohio and its neighbouring backwoods, sinister characters — an unholy preacher (Robert Pattinson), twisted couple (Jason Clarke and Riley Keough), and crooked sheriff (Sebastian Stan) — converge around young Arvin Russell (Tom Holland) as he fights the evil forces that threaten him and his family.

“Spanning the time between World War II and the Vietnam war, director Antonio Campos’ THE DEVIL ALL THE TIME renders a seductive and horrific landscape that pits the just against the corrupted. Co-starring Bill Skarsgård, Mia Wasikowska, Harry Melling, Haley Bennett, and Pokey Lafarge, this suspenseful, finely-woven tale is adapted from Donald Ray Pollock’s award-winning novel.”

Written by Antonio Campos and Paulo Campos, the film is to be produced by Jake Gyllenhaal alongside Randall Poster, Riva Marker and Max Born.

Tom Holland has been spending his lockdown adopting chickens to tackle the shortage of eggs in supermarkets during the coronavirus crisis.

“With everything that’s going on, the supermarkets are all empty,” began Holland. “There’s no eggs; we have no eggs. So we thought to solve that problem, we would become the source of eggs. Now, we’re the owner of chickens.”