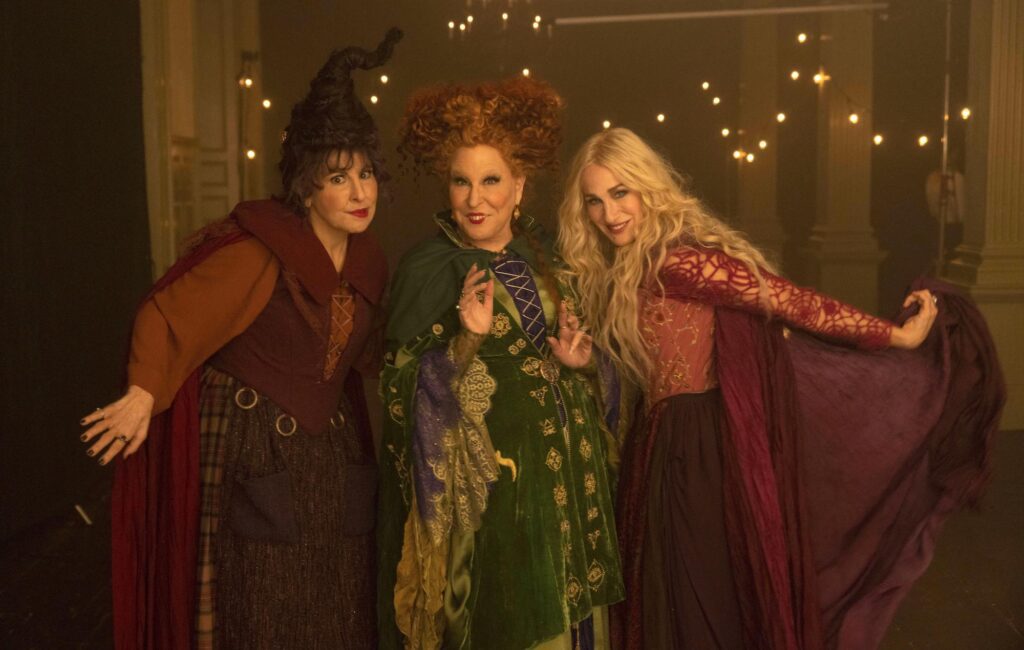 Disney has revealed the first trailer for Hocus Pocus 2 at the D23 Expo in Anaheim tonight (September 9).

The new movie, which will see original stars Bette Midler, Kathy Najimy and Sarah Jessica Parker return, will arrive on Disney Plus on September 30.

The sequel will also introduce new characters, including one played by Ted Lasso’s Hannah Waddingham, as the trailer reveals.

The trailer begins with a priest banishing the three young witches, who grow up to be Midler, Najimy and Parker’s characters, from Salem and meeting Waddingham in the woods. “They were right to fear thee,” she tells them.

It then skips to 370 years in the future, where three new young women encounter the returning witches. According to an official synopsis, Hocus Pocus 2 will centre around “three young women [who] accidentally bring back the Sanderson Sisters to modern day Salem and must figure out how to stop the child-hungry witches from wreaking havoc on the world”.

Hocus Pocus 2 was directed by Anne Fletcher and will also star Dan Finnerty as Lucas, Whitney Peak as Becca, Belissa Escobedo as Izzy, and Lilia Buckingham as Cassie.

Speaking at the D23 Expo, Sean Bailey, president of Walt Disney Studios Motion Picture Production, said that the sequel – which arrives 30 years after the original – “exists because of the overwhelming love you all have for the film”.

Hocus Pocus 2 was first confirmed by Disney back in 2020. Speculation surrounding a follow-up to 1993’s cult classic has been rife since as far back as 2012, with a release originally scheduled for 2014.

Then in 2017, it was reported that Disney was remaking Hocus Pocus as a television movie with original producer David Kirschner – but without the original cast, to the displeasure of fans.