Watch Colin Farrell’s transformation into Penguin for 'The Batman' 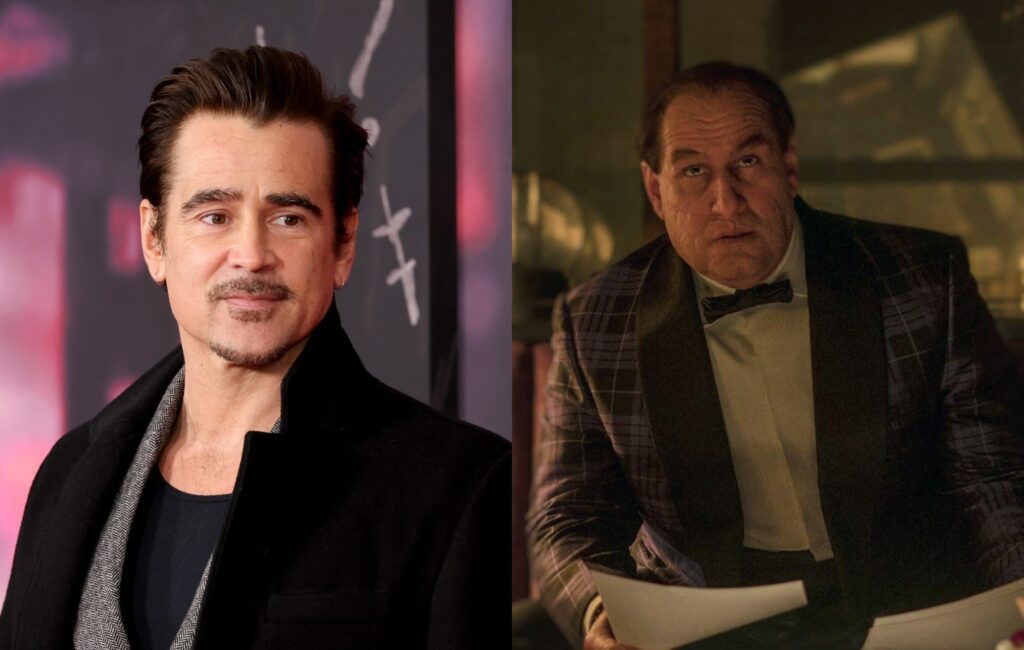 A new video has been released showing Colin Farrell’s transformation into the Penguin for The Batman.

In the clip, the actor is seen undergoing the four-hour prosthetic overhaul to become the Batman villain, led by make-up artist Mike Marino.

“I will say it’s one of the most exciting, jubilant, celebratory experiences I’ve had in making pictures in 20 years,” Farrell says in the video.

Oswald Cobblepot, aka the Penguin, is one of the villains in The Batman, alongside The Riddler (Paul Dano) and Carmine Falcone (John Turturro).

The character is set to return for a spin-off series on HBO Max which will pick up after the film’s events.

“The world that [director] Matt Reeves created for The Batman is one that warrants a deeper gaze through the eyes of Oswald Cobblepot,” Farrell said.

“I couldn’t be more excited about continuing this exploration of Oz as he rises through the darkened ranks to become The Penguin. Will be good to get him back on the streets of Gotham for a little madness and a little mayhem.”

Lauren LeFranc (Impulse, Agents of S.H.I.E.L.D.) will serve as writer and showrunner on the series. It will be executively produced by Reeves, Farrell, LeFranc and The Batman producer Dylan Clark.

In a four-star review of The Batman, NME wrote: “Director Matt Reeves has mixed up gritty mob drama with film-noir detective thriller – and thanks to Paul Dano’s ultra-creepy villain, some psychological horror too.

“Most of the time it comes off brilliantly. Pattinson plays him with a dour fanaticism that only occasionally topples over into parody.”