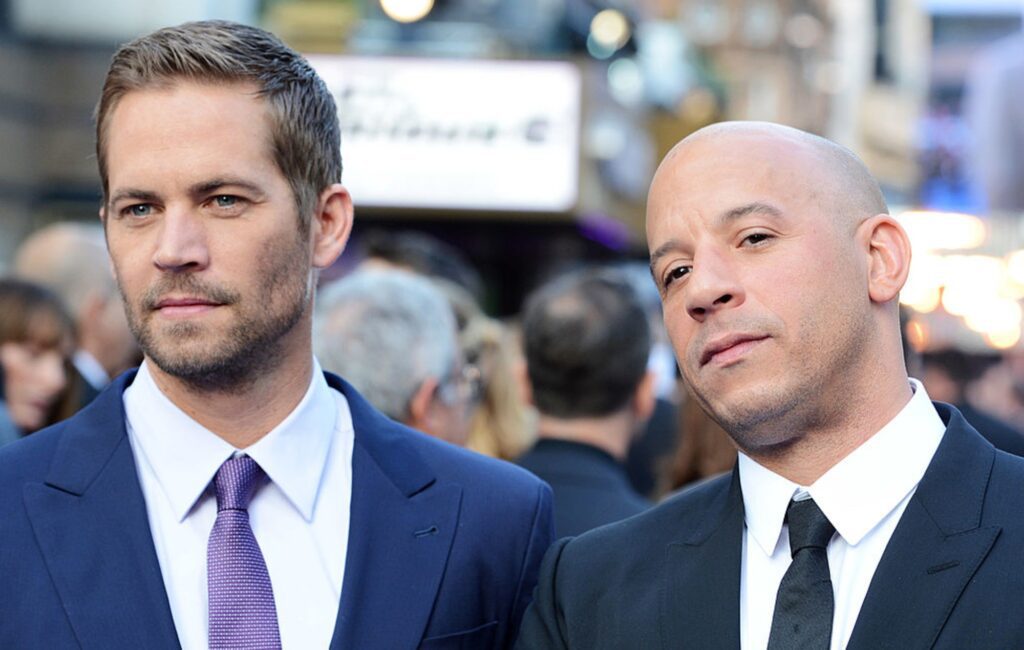 Vin Diesel has paid tribute to Paul Walker on the anniversary of the Fast And Furious actor’s death.

The pair worked together in the hit franchise before Walker’s death in a car crash in 2013 at the age of 40.

Diesel posted a black and white photo on Instagram of his daughter alongside Walker’s, Meadow, with a caption that speaks directly to Walker.

“You always knew when something was on my mind. Haha. I told you that I was about to have a baby and didn’t know what to expect at the hospital which I was heading to after work,” Diesel said.

“Will never forget what you told me…you said a lot of tough guys will tell you to wait out side of the delivery room, but that’s wrong. Go in there, actually cut the umbilical cord and it will be the best day of your life.”

He continued: “You of course, was talking from experience, having already an angel of your own. It’s been eight years today…and not a day goes by that I don’t reflect of the brotherhood we were blessed to have…but you know that.”

Diesel added: “Tragedies in life are always followed by life’s blessings if you just stay open and have faith. Look at this photo Pablo, it will make you smile. The same angel that you helped me prepare for in the most beautiful way with your brotherly advice is the same angel that precious Meadow asked to be her Maid of Honor.”

“How could I have known that back on the 2008 set of Fast…but maybe somehow you did. Miss you.

“My children always tell me that uncle Paul is with you dad, always…and I know in my heart that they are right. Miss you Pablo…”

Meadow Walker also posted on Instagram yesterday (November 30), encouraging people to take part in Giving Tuesday as part of the Paul Walker Foundation. “Your support allows us to spread goodwill where it’s needed most, transforming lives and caring for our planet in the process,” she wrote.

“From building schools, to advocating for ocean conservancy, to our annual scholarship, affecting positive change is at the heart of everything we do.”

Elsewhere, Diesel recently called for Dwayne Johnson to return for Fast And Furious 10.

“I told you years ago that I was going to [fulfil] my promise to Pablo,” Diesel said, addressing Johnson. “I swore that we would reach and manifest the best Fast in the finale that is 10!”

He was determined that Johnson “must show up” to complete the narrative arc of his character Hobbs, because, according to Diesel, he has “a very important role to play” and “Hobbs can’t be played by no other” in the franchise.