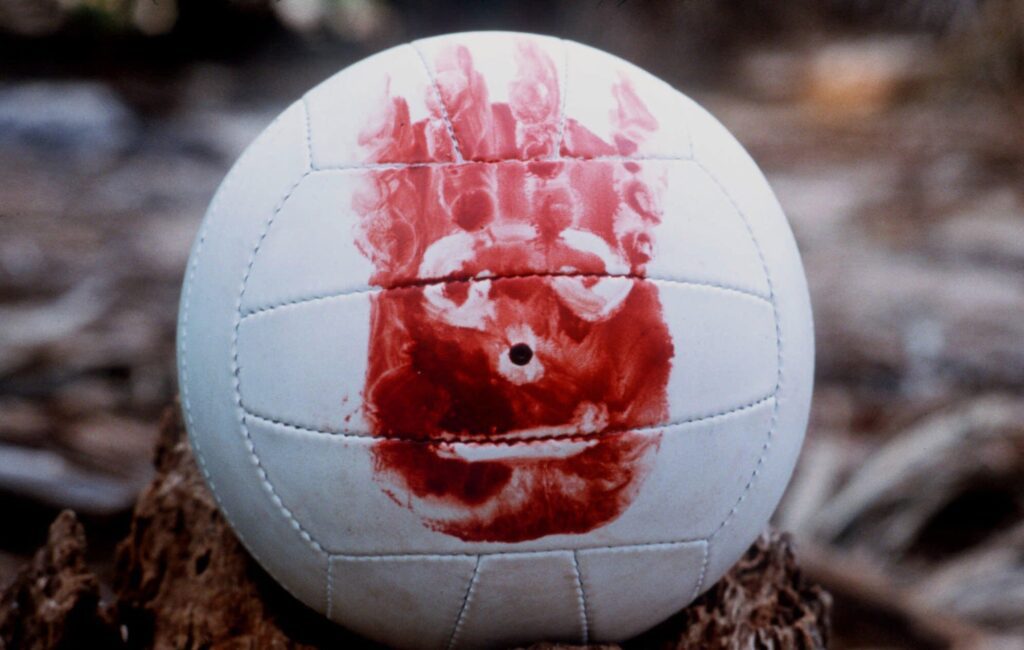 Wilson, the volleyball companion from Cast Away starring Tom Hanks, has been sold for £230,000 at auction.

Directed by Robert Zemeckis, Cast Away followed Chuck Noland (Hanks) who was left stranded on a desert island for four years after a plane crash.

To help with his mental state, Noland finds a ball he names Wilson, draws a face on it using his bloodied handprint and speaks to it throughout the film.

A description for the items reads: “The off-white leather volleyball is heavily distressed with paint applied to create a worn, dirtied appearance. There is a dark brown and red ‘face’ on the front, representing Chuck’s bloody handprint.

“It features a faded pair of eyes, nose, and mouth. The top is torn open, and an array of tobacco stalks are inserted to replicate the appearance of hair. Several stitches are present on the torn edges on the front of the ball around the opening.”

Referring to the end of the film when Wilson floats away in the sea, the post reads: “This version of Wilson was placed in water for long periods during filming.

“Therefore, the overall shape of the ball warped slightly, and the facial detailing became somewhat blurred compared to shots earlier in the film.”

Tom Hanks was nominated for Best Actor at the 2001 Academy Awards for his role in Cast Away, losing out to Russell Crowe for Gladiator.

Most recently, the actor stars in Apple TV+ sci-fi film Finch, where he plays a robotics engineer in a post-apocalyptic wasteland.