Timothée Chalamet shares first look at himself as Willy Wonka 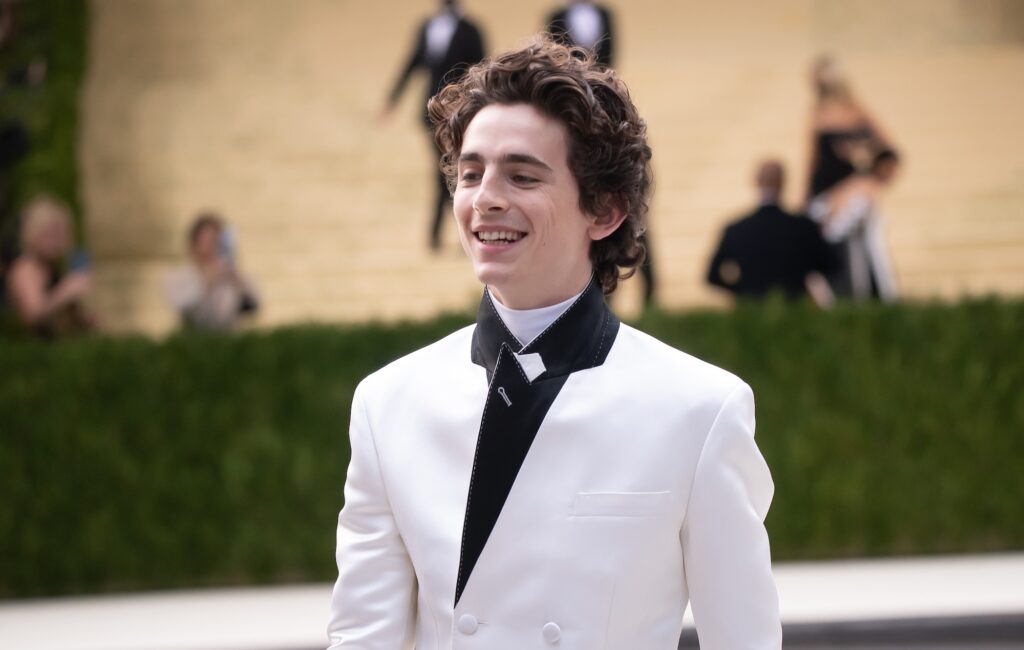 Timothée Chalamet has given fans a first look at himself in character as Willy Wonka from an upcoming Charlie And The Chocolate Factory prequel film.

The actor will play a young version of the chocolate factory owner in Wonka, which is set to be released in 2023.

Chalamet shared a photo of himself on the set of the film on his social media pages earlier today (October 10). He’s seen wearing a brown top hat, with a burgundy coat and scarf. In a second, close-up photo posted on Instagram, a hand could be seen reaching for a brass knob attached to a tiny present box on the top of a staff.

Wonka will look at the Roald Dahl character’s adventures before he opens his chocolate factory, with song and dance numbers reportedly set to be included as well. The movie will be directed by Paddington’s Paul King, who co-wrote the screenplay with Ghosts star Simon Farnaby. Harry Potter’s David Heyman is producing.

Meanwhile, earlier this year Chalamet teased a “huge” role for Zendaya in a proposed sequel to Dune. Although a second film has yet to be confirmed, the actor said his co-star’s character Chani “will play a huge role in the next film”.

He also said that a script for the second film is yet to be written but speculated that “along with Lady Jessica [Rebecca Ferguson], they have a lot to do together, let’s put it like that”.