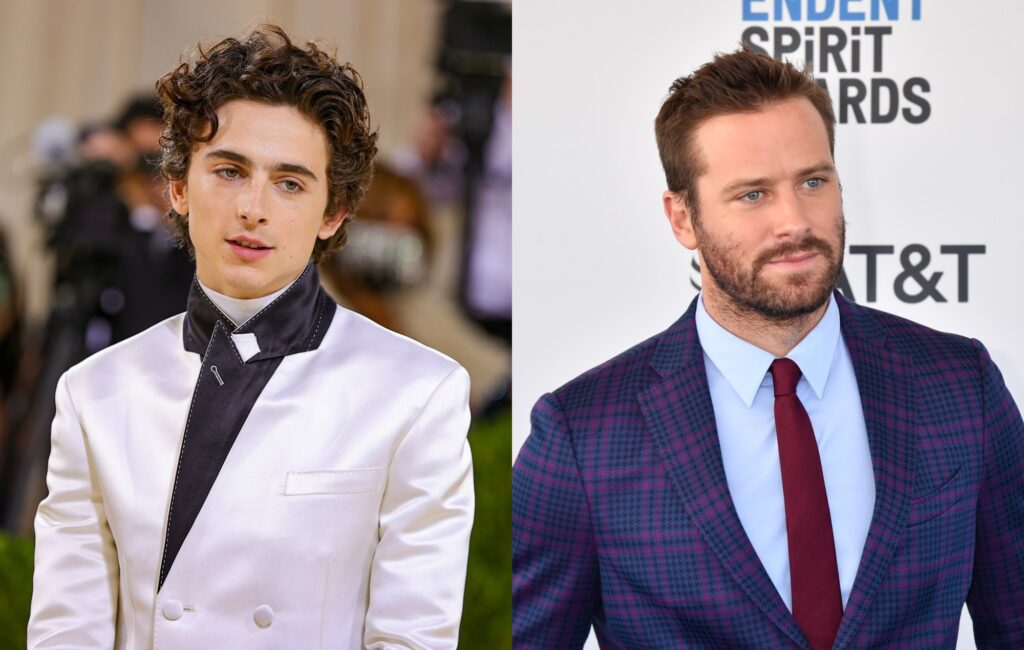 Timothée Chalamet has been asked in a new interview about the rape allegations against Armie Hammer, with the actor refusing to give a “partial response”.

Chalamet, who starred opposite Hammer in the Oscar-winning romance drama Call Me By Your Name, was questioned by Time magazine about the allegations.

Back in March, a woman identified as Effie claimed Hammer “violently raped” her in April 2017 and committed “other acts of violence” against her without consent.

Hammer has denied all of the rape and abuse allegations against him through his attorney, claiming “that all of his interactions with [Effie] – and every other sexual partner of his for that matter – have been completely consensual, discussed and agreed upon in advance”.

The topic of the Hammer allegations was put forward to Chalamet in Time‘s cover story, with author Sam Lansky writing: “[Chalamet] demurs when asked about co-star Armie Hammer, who has denied a widely publicised accusation of rape.

“‘I totally get why you’re asking that,’ [Chalamet] says, ‘but it’s a question worthy of a larger conversation, and I don’t want to give you a partial response.’”

Before the rape allegations, Hammer was involved in a controversy involving screenshots which allegedly showed the actor privately messaging explicit content about his sex life on Facebook and Instagram.

Hammer was dropped by his agency WME following the controversy, and exited two film projects in Shotgun Wedding and The Offer from Paramount+.

The actor released a statement following his departure from Shotgun Wedding, which read: “I’m not responding to these bullshit claims but in light of the vicious and spurious online attacks against me, I cannot in good conscience now leave my children for four months to shoot a film in the Dominican Republic.

“Lionsgate is supporting me in this, and I’m grateful to them for that.”