The Queen and pop culture – key moments are being shared online 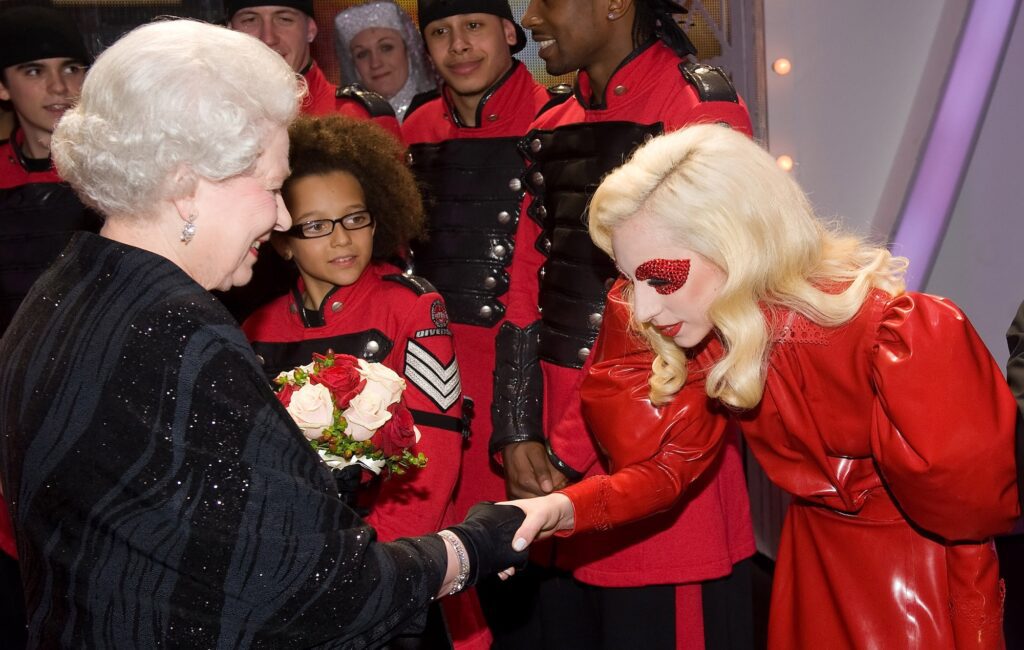 Queen Elizabeth II’s many meetings with pop culture are being recirculated online in the wake of her death yesterday (September 8).

Britain’s longest-reigning monarch died at her Balmoral estate on Thursday afternoon at the age of 96.

As people around the world pay tribute to the Queen, many are sharing the occasions on which she figures from the world of pop culture. Over her 70-year reign, Queen Elizabeth II knighted hundreds of people, including the likes of Bob Geldof, Mick Jagger, Bono, Tom Jones and more.

Fans are now re-sharing footage of Paul McCartney talking about his knighthood, which he received in 1997. “It’s quite something,” the Beatle said during a 2019 interview on The Late Show with Stephen Colbert. “There she is – the Queen of the whole world.

“It was just like Harry Potter!”
🎥: Sir @PaulMcCartney back in 2019 at the @colbertlateshow talking about the time he got Knighted by HM Queen Elizabeth II, and the story behind the knighting sword. ✨ pic.twitter.com/cIJcPyo5G7

“It’s just like Harry Potter!” he added after explaining the process.

The Queen also knighted Elton John a year later in 1998, with fans also sharing photos from that event online.

In 1998, Sir Elton John was made a knight by Queen Elizabeth at Buckingham Palace. https://t.co/46lajRWIAI pic.twitter.com/ey9EHRLR2j

It wasn’t just at ceremonial events that Queen Elizabeth II met the stars. She also brushed shoulders with celebrities at special concerts and red carpet events. On one such occasion at the Royal Variety Performance in Blackpool in 2009, the monarch shook hands with Lady Gaga, dressed in a red PVC dress and glittery red eye patches.

Queen Elizabeth II also took part in several sketches over her career, most memorably at the opening ceremony of London’s 2012 Olympic Games. In the skit, the Queen was paid a visit by James Bond actor Daniel Craig in his role as 007 to escort her to the ceremony. Instead of making a traditional entrance, though, the pair flew in a helicopter to London Stadium before pretending to jump out and descend via parachute.

As well as paying a visit to the Game Of Thrones set – but not sitting on the Iron Throne – the monarch also surprised the world earlier this year by appearing in a sketch with Paddington. In the two-and-a-half-minute video, the fictional bear joined the Queen at Buckingham Palace for a special afternoon tea to celebrate her Platinum Jubilee.

Figures from across the entertainment world have paid tribute to the Queen following the news of her death, including Mick Jagger, Ozzy Osbourne, Stephen Fry and more.

An interview with McCartney from 2021 has also resurfaced, recalling his first time meeting Queen Elizabeth II when he was 10 years old. Elton John also paid tribute to the Queen during his Toronto concert last night, while Harry Styles led his audience in New York in a round of applause to celebrate her “70 years of service”.