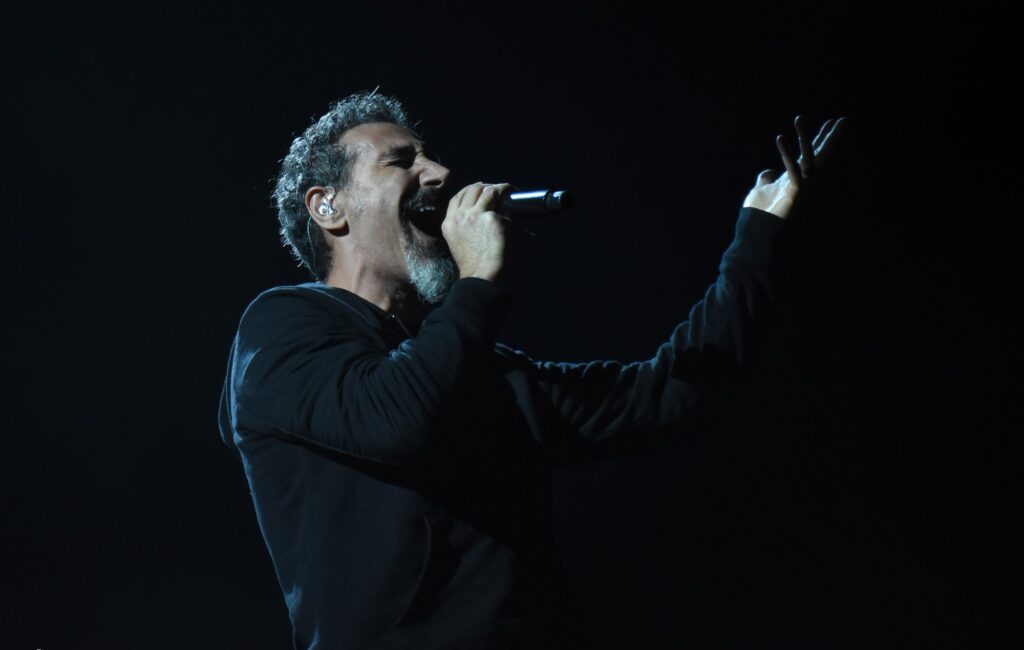 System Of A Down frontman Serj Tankian is set to be the focus of a new documentary, titled Truth To Power, due out on February 19.

Released by Oscilloscope Laboratories, the documentary will reportedly focus on the way Tankian built awareness around the Armenian revolution of 2018 with music, as well as examining his long history of activism.

As Tankian himself put it, the film “shows my journey through the turbulent intersection of music & activism over 3 decades”.

Join me in raising your voice. TRUTH TO POWER shows my journey through the turbulent intersection of music & activism over 3 decades. Produced by @LiveNation & @joeberlinger! Stay tuned to @oscopelabs & https://t.co/MdLepxDg8f for updates. Opening 2/19. https://t.co/HdZIQXWHmZ

“With Oscilloscope and Live Nation at our back, the music and message of our film can now touch the hearts and minds of audiences across the world, inspiring all of us to speak – and bring – truth to power,” the film’s director Garin Hovannisian said in a statement.

Tankian had previously spoken about the documentary to Rolling Stone back in 2018, saying: “I also have a music documentary I’m doing that’s tentatively called Truth to Power, looking through my eyes at how message becomes reality through the arts.

“Instead of focusing on me as an artist, it asks, how does one’s message come to fruition? Can music change the world?”

Hovannisian has previously worked on projects around the revolution, including 2018’s documentary I Am Not Alone, which was executive produced and scored by Tankian.

System Of A Down recently released their first new music in 15 years, with two songs ‘Protect The Land’ and ‘Genocidal Humanoidz‘. The songs were released as a way to raise awareness and funds for the conflict between Artsakh and Azerbaijan.

All royalties from the songs’ downloads on Bandcamp went to the Armenia Fund.

In a recent interview, Tankian said of the conflict: “Today Armenian people face an existential threat as Turkish-backed Azerbaijani forces attack residential areas, maternity hospitals, and cathedrals in the Republic of Artsakh, even using cluster bombs, in direct contravention of international law.”