Surprise actors didn't sign on to 'Spider-Man: No Way Home' until halfway through filming 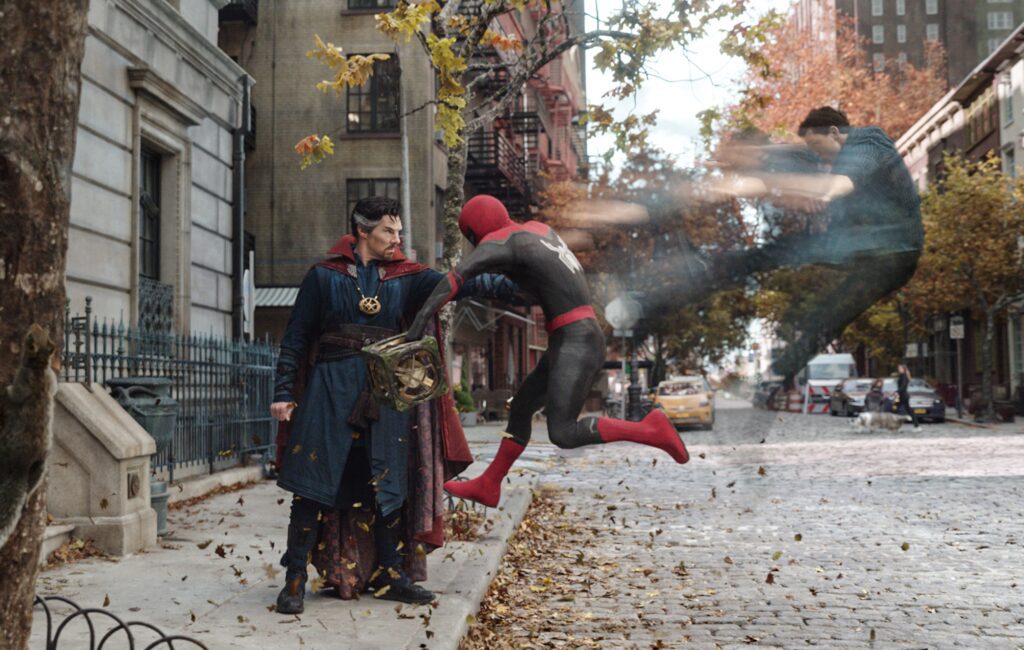 Cameos by actors in Spider-Man: No Way Home were only signed off mid-way through filming, the movie’s writers have revealed.

Chris McKenna and Erik Sommers said in a new interview that previous iterations of the titular web-slinger (those played by Andrew Garfield and Tobey Maguire) were only confirmed to feature in the latest film halfway through production.

The writers told The Hollywood Reporter that they had to hope for the best in terms of securing Garfield and Maguire, whose appearances were pivotal to the new film’s plot.

“All you can do is act like we’re getting everybody that we want and let the powers that be reach out to those people and see if this can actually become a reality,” McKenna told the publication.

The film began shooting in October 2020, with Maguire and Garfield signing onto the project in December 2020. Filming wrapped in March 2021.

“I don’t want to be responsible for holding back the next young person that comes in who deserves it just as much,” he said.

“I would love to see a future of Spider-Man that’s more diverse – maybe you have a Spider-Gwen or a Spider-Woman. We’ve had three Spider-Mans in a row; we’ve all been the same. It’d be nice to see something different.”

In a four-star review of the new movie NME‘s Olly Richards wrote: “No Way Home is the ultimate Spider-Man film. There are moments here that make you want to cheer and weep simultaneously.

“It’s not the most visually spectacular, it’s not the funniest, but it’s the most emotionally rich. For Spider-Man fans who’ve stuck with the character through the soaring highs and the sticky lows, this is your reward. And it makes it all worth it.”