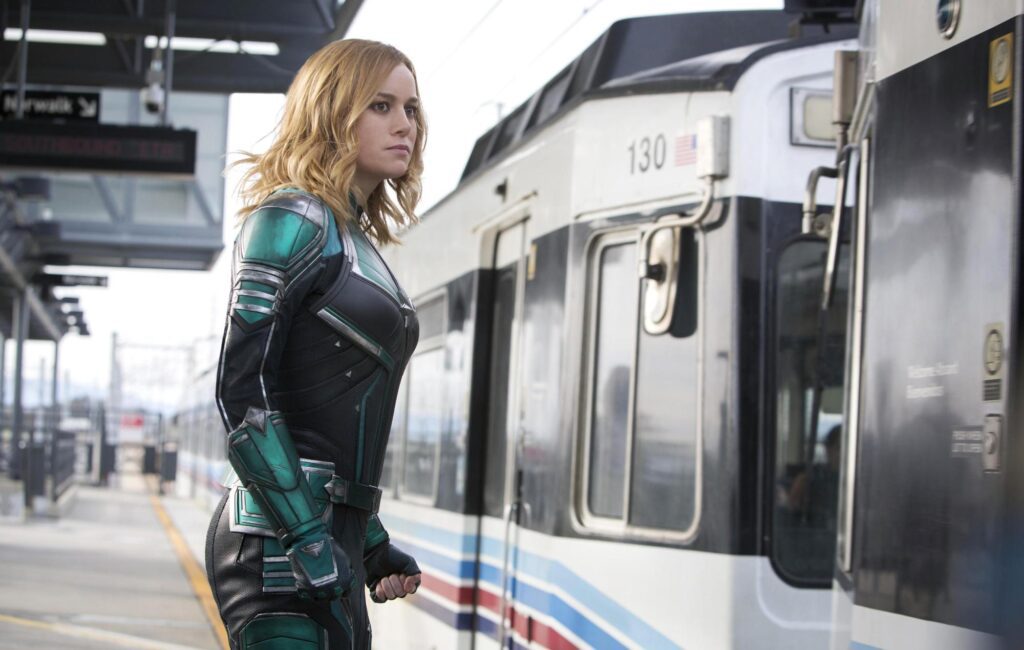 Brie Larson has shown off her pull-up skills in a training video for Captain Marvel sequel The Marvels.

The actress, who portrays Air Force fighter pilot Carol Danvers (aka Captain Marvel) in the Marvel films, posted a video to show that she had to keep her fitness up over Christmas in preparation for the 2023 movie.

In the clip Larson is seen completing five pull-ups with what appears to be her trainer encouraging her off-camera.

Larson portrayed Danvers in 2019’s Captain Marvel and reprised it for Avengers: Endgame later that same year. Most recently, Larson appeared as Danvers in the credits scene of Shang-Chi And The Legend Of The Ten Rings (2021).

The Marvels is currently slated for release in the US on February 17, 2023.

Joining Larson in the film is Iman Vellani, who plays Ms Marvel aka Kamala Khan, and Teyonah Parris, who plays Monica Rambeau, the WandaVision character that gains powers.

In other Marvel news, musician Vince Staples has has decided he’s down to show off his acting chops in the Marvel Cinematic Universe.

The rapper made his keenness clear in a series of Tweets last month, reacting in realtime to one of Spider-Man: Far From Home‘s pivotal moments. “They need me in the MCU if they tryna have some real get bacc,” Staples tweeted in response to the scene. “Where is the vengeance?”

He set the scene for thousands of Tyrone Johnson (aka Cloak) fan-castings with a follow-up tweet, saying: “Put me in X-Men I’m marking everything out. Dead homies.”

Some fans have also noted his suitability for the role of T’Challa (the MCU’s Black Panther), as a potential replacement for the late Chadwick Boseman. It’s not entirely out of the realm of possibility, as Boseman’s brother recently said that he thinks the actor would want his Black Panther role recast.