Steve Carell on his resemblance to Alice Cooper: “I see it” 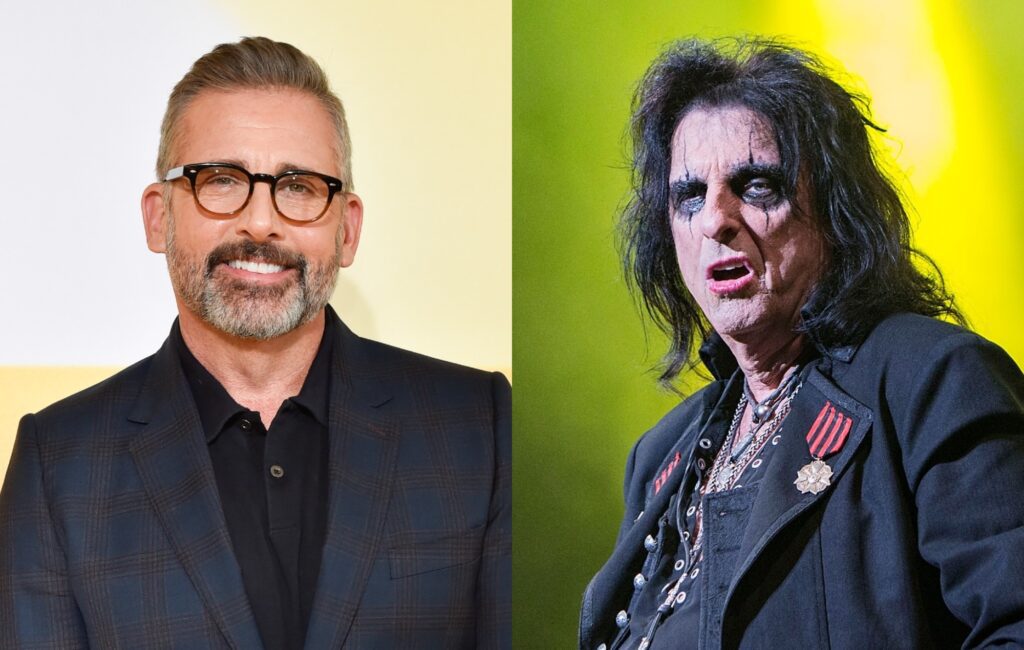 Steve Carell has responded to lookalike comparisons between him and Alice Cooper.

During an appearance on The Tonight Show Starring Jimmy Fallon on Wednesday (June 29), the chat show host brought up the doppelgänger comparison that was “going around” on the internet.

After some laughter, Carell said in response: “I see it.”

The actor then recalled how he once served Cooper while working in a restaurant in Chicago.

“I was working at a restaurant, and he came in. And he was Alice Cooper,” Carell said. “And he couldn’t have been nicer. Sweetest guy in the world.”

Following the show, Cooper shared the clip on social media and wrote: “Hmmm, what do you think?”

Carell also revealed how he used to see Aerosmith’s Steven Tyler around his hometown in Massachusetts.

hmmm… what do you think? https://t.co/GF4yELfKgo

“He always dresses like Steven Tyler,” Carell said. “He wears leopard-skin pants and walks around this little town outside of Boston, and he goes into Dunkin’ Donuts and buys donuts for everybody. He’s like, ‘Ooooh-aaahhh, donuts!’ But he’s like the nicest guy.

Carell is currently promoting the animated sequel Minions: The Rise Of Gru, the fifth film in the Despicable Me franchise. The film is scheduled to be released on July 1, 2022.

The actor is also set to reunite with The Office co-star John Krasinski in film IF, alongside Ryan Reynolds, Fiona Shaw, Alan Kim, Cailey Fleming and Phoebe Waller-Bridge.